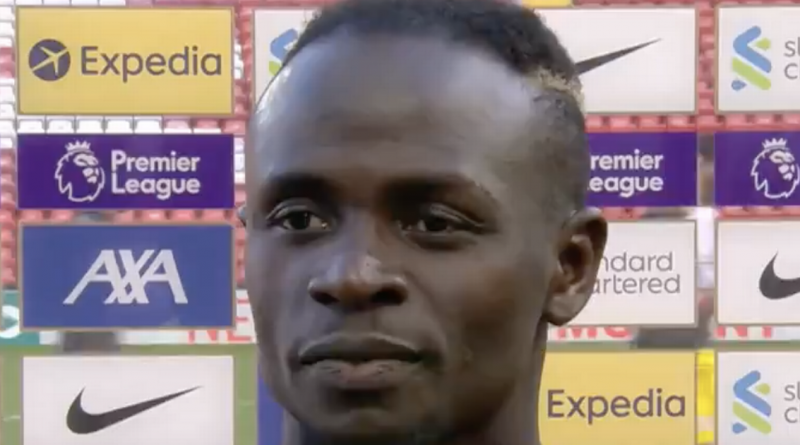 
Sadio Mane was perplexed when discovering who had made the 30-man Ballon d’Or shortlist, and has reacted furiously to one key omission described as “inadmissable”

Sadio Mane has reacted furiously upon discovering that Chelsea goalkeeper Eduoard Mendy was not included on the 30-man shortlist for the Ballon d’Or award.

Although the pair are rivals when it comes to the Premier League, they both represent Senegal on the national stage and have been integral as their country close in on World Cup qualification.

Mane was also not included in the shortlist, but was shocked that five other Chelsea stars had been listed, with no place for Mendy as Gianluigi Donnarumma was the only goalkeeper to be nominated.

The decision has caused controversy throughout Senegal, and Mane has let his thoughts known.

Sadio Mane was furious to discover Eduoard Mendy missed out

Although Mendy may have missed out on a Ballon d’Or nomination, the Chelsea goalkeeper has been named as a nominee for the Lev Yashin trophy that honours the best goalkeeper in world football, as four Premier League shot-stoppers were named in the final ten-man shortlist.

Mendy didn’t seem as frustrated as his compatriot on being left out of the Ballon d’Or shortlist, and was extremely humble about his career accomplishments so far.

The Chelsea goalkeeper said: “As I’ve said, I’m honestly already very proud to represent my country among the 10 best goalkeepers in the world. In a year, it’s already a very good thing. I’m not resting on my laurels, I have a lot of ambitions, but it’s already a good step.

Is Eduoard Mendy the best Premier League goalkeeper? Comment below

Eduoard Mendy has been fantastic since signing for Chelsea
(

“Then, there will always be debates, whether it be about me or someone else. It’s simply the journalists’ freedom of vote and their freedom of expression and you have to respect that.”

Mendy’s shock omission comes off the back of an incredible transformation since arriving at Stamford Bridge, and the Senegalese international has been a crucial part of Thomas Tuchel’s success, helping Chelsea win the Champions League at the end of last season.

The goalkeeper was signed from Rennes for a reported £22million in September 2020, and has gone on to keep 29 clean sheets in 53 games for Chelsea, conceding just 34 goals since arriving in London.

Mendy’s impact has been recognised by both his club and international teammates, and even Senegal and Napoli defender Kalidou Koulibaly has shown his disappointment that the goalkeeper wasn’t included in the list.

Koulibaly said: “It’s a real shame that Edou isn’t one of them. He is the first African goalkeeper to win the Champions League.”

Mendy may have missed out, but Chelsea teammates Cesar Azpilicueta, N’Golo Kante, Mason Mount, Jorginho and Romelu Lukaku have all been nominated for the award.