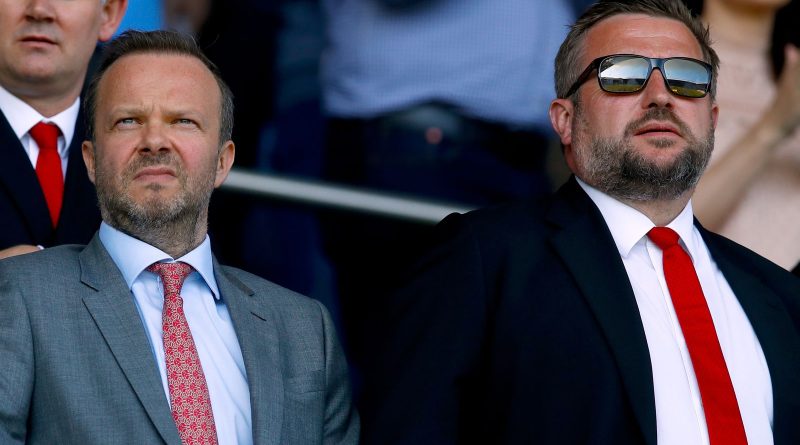 Sky News has learned that United could announce to the New York Stock Exchange as early as Monday afternoon that Arnold will take over its executive leadership in the New Year.

Arnold, currently the group managing director, will effectively replace Ed Woodward, who has held the title of executive vice-chairman since 2012, but will instead become the company’s chief executive, according to a person close to the situation.

Woodward is expected to remain at United in a consultancy role for a number of months, they added.

Arnold’s elevation to the chief executive’s job will make him one of the most powerful figures in British sport.

A former executive at InterVoice, a Nasdaq-listed technology company, Arnold was previously United’s commercial director. He will become the first person to hold the CEO title at Old Trafford since David Gill stepped down in 2013.

His appointment will come as little surprise, given his status as the frontrunner to succeed Woodward since the latter announced his departure in April.

One source said that Arnold’s appointment would be accompanied by a number of changes to the way the company is run, although this is not expected to involve a formal restructuring.

United announced that Woodward would step down at the end of the year in the wake of the European Super League (ESL) crisis which engulfed the Premier League’s top clubs.

The abrupt withdrawal of six English sides from the ESL was sparked by a wave of fan protests against some of their owners – the most vociferous of which came at Old Trafford, forcing a Premier League match against Liverpool in early May to be postponed.

Many United supporters have been mistrustful of the Glazers since their £790m debt-funded takeover of the club in 2005.

The family floated the company on the New York Stock Exchange in 2012 but retained control through a separate class of shares.

Sky News revealed last month that the Glazers were close to finalising the terms of a fan ownership scheme with the Manchester United Supporters Trust.

FREE TO WATCH: Highlights from Manchester United’s win against Norwich in the Premier League

Under the plans, which remain subject to change, the New York Stock Exchange-listed company would issue an initial tranche of shares to be owned by supporters.

These shares would be structured as a new class of equity carrying the same voting rights as the B-share class owned by members of the Glazer family, which took control of Manchester United in 2005, according to a person involved in the talks.

The ESL fiasco hardened opposition among fans to the Glazers’ ownership, prompting Joel Glazer, United’s co-chairman, to issue a contrite apology for the decision to join it.

“We continue to believe that European football needs to become more sustainable throughout the pyramid for the long-term. However, we fully accept that the Super League was not the right way to go about it,” Mr Glazer said.

“In seeking to create a more stable foundation for the game, we failed to show enough respect for its deep-rooted traditions – promotion, relegation, the pyramid – and for that we are sorry.”