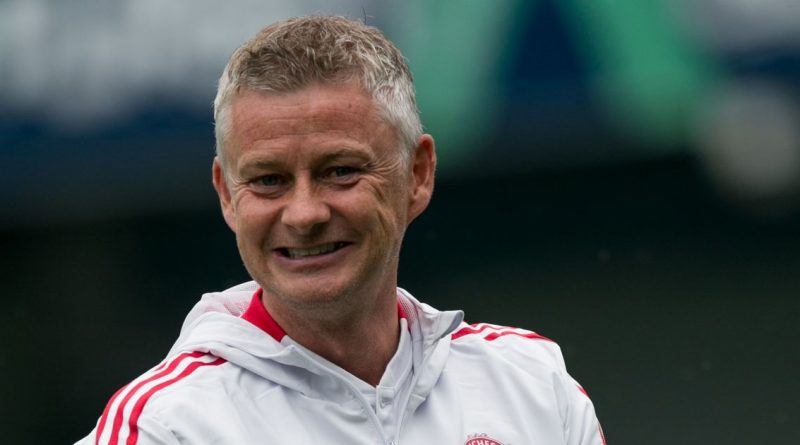 Manchester United are enjoying a strong summer transfer window with the signing of Jadon Sancho and a deal in place with Real Madrid to sign defender Raphael Varane.

With the club’s transfer spend exceeding £100million this window it is no surprise that United are now turning their attention to player exits to help fund further arrivals.

There are multiple players who face an uncertain future at the club and may be allowed to leave on a loan deal or moved on permanently in the next month.

Midfield duo Jesse Lingard and Andreas Pereira both could be playing their football away from United next season after returning from loan spells.

Other players who have featured prominently in pre-season – Axel Tuanzebe, Teden Mengi, Brandon Williams, James Garner, Anthony Elanga and Facundo Pellestri – are likely to be allowed to leave on loan deals.

The future of two other players who featured in Wednesday night’s pre-season draw against Brentford have also come under scrutiny.

Donny van de Beek was signed from Ajax only a year ago but he was started in just four Premier League games last season, despite steering clear of injuries.

It had been suggested the Dutch international may be moved on this summer while Portuguese full-back Diogo Dalot – who spent last season on loan at Milan – had also been linked with an exit.

Both players came on as second half substitutes against Brentford on Wednesday and boss Ole Gunnar Solskjaer now wants both players to be involved against Preston at the weekend.

Which players should Man United sell this summer? Comment below

That suggests that there are no immediate plans for either player to leave the club and hints that they may be fighting to prove their worth ahead of the new campaign.

Solskjaer said after Wednesday’s match “It (Saturday’s friendly) might be too soon (for players who have not yet featured in pre-season).

“Maybe one or two sub appearances. Maybe we can start Diogo (Dalot) and Donny (van de Beek). Let’s see how the boys have come back.

“Are we on track? It is difficult to answer – the boys who have been here and working really hard and getting better, but it is tricky to know how the players are who have not returned yet.

“We will work with those players when they return and we will be ready for the season starting.”

Solskjaer was also full of praise for teenage forward Anthony Elanga, who scored a fine volleyed finish to open the scoring against the Bees, to follow on from a goal against Queen’s Park Rangers on Saturday.

The boss added on the 19-year-old: “He is getting better and better.

“He is electric and has lots of enthusiasm, he keeps improving.

“He has done himself the world of good and we know he is a good player who works so hard, who is always smiling and bright.

“He is always asking what more he can do – he can play wide left, wide right or upfront – so he is going to be an asset.”

United finish off their pre-season with Saturday’s game against Preston before a clash with Everton the following week, before commencing their Premier League campaign at home to Leeds on 14 August.