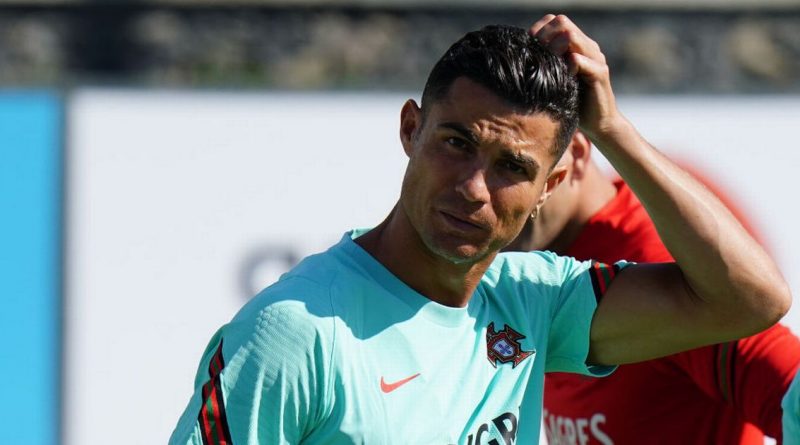 The 36-year-old sealed his emotional return to the club he left 12 years ago, with his move from Juventus confirmed on deadline day.

Ronaldo has signed a two-year deal with the Red Devils and has the option to extend that for a further 12 months, which would almost take him to 40.

But the Portuguese supremo has shown no signs of slowing down and scored a brace for the national side in the most recent batch of international fixtures.

His injury-time double earned the Selecao a dramatic victory over Republic of Ireland and also confirmed the forward as the most prolific scorer in men’s international football history.

He went into the fixture level with Iran’s Ali Daei and after missing a first-half penalty, looked set to endure a frustrating night at the Estadio Algarve.

Two goals in added-on time flipped the script though and Ronaldo celebrated his winner in typical fashion, taking off his shirt before completing his trademark spinning celebration.

However, after removing his shirt, the referee had no choice but to book him, meaning he will now miss next week’s qualifier with Azerbaijan in Baku.

And rather than Fernando Santos keep his talisman in his squad for a meaningless friendly with Qatar on Saturday, the Portugal boss has allowed Ronaldo to fly back to the UK early.

That will enable United’s new signing to start the clock early in terms of his quarantine after returning for the country.

According to the Times, Old Trafford bosses applied for an “elite sport exemption” for the player, but the government rejected that, meaning he will be treated exactly the same as any traveller making the trip from Portugal to the UK.

That involves a five-day period of self-isolation, where he will need to test negative on day two and five in order to be released.

It has yet to be confirmed when Ronaldo will fly back to Manchester, but the later he leaves it, the less time he will have to train with his new teammates.

Returning today (Friday), would mean he could be released next Wednesday, giving him just a trio of sessions before a potential second debut against Newcastle on Saturday September 11.

Had he played in Baku, he would have definitely missed the game against the Magpies, but now has a chance to hit the ground running in front of his new fans.

After only making one substitute appearance for Juventus, Ronaldo admitted that he was still getting himself back up to match fitness after the win over Ireland.

“It’s going to be beautiful. I want to prepare well because we know the Premier League is very difficult,” he explained.

“This was my first game of 90 minutes. I felt a little difficulty. But little by little, things are [improving].”