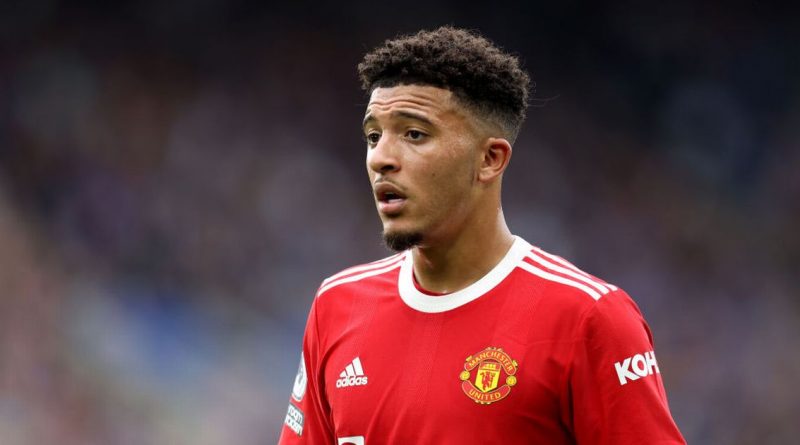 Manchester United star Jadon Sancho might be waking up this morning feeling a tinge of regret.

The England international made his long-awaited transfer to Old Trafford in the summer after a year where speculation continued non-stop.

Upon arriving, Sancho called it a dream come true – but it is slowly becoming a nightmare.

The winger is yet to register a single goal or assist, and does not look close to doing so anytime soon with his confidence completely sapped.

At Borussia Dortmund, the whizkid looked a formidable force – leaving defenders dizzy as his tantalising dribbling ability left them in the dirt.

That same player has yet to be discovered at United but how much is that down to him or the coach?

Ole Gunnar Solskjaer’s track record for wide players has not been great with the likes of Anthony Martial, Daniel James and, arguably, Marcus Rashford all failing to perform under his tutelage.

For such an attack-minded coach, that is a striking deficiency of his management methods whereas not that far down the M62 is another club where Sancho might be better suited.

Liverpool have become the hub of attacking football and their forward line backs that up.

Since Jurgen Klopp’s arrival, the likes of Mohamed Salah, Roberto Firmino and Sadio Mane have seen their games elevate level upon level.

They are now renowned as one of the most terrifying strike forces in world football and have been in ferocious form this season.

Salah, in particular, has been incredible of late and has 12 goals in 11 matches with many denoting him as the best player in the world at the moment.

And his supporting cast have not been too shabby either with Diogo Jota, Mane and Firmino all netting 15 between them.

Liverpool are yet to lose a match this season and face United next in what could be a messy match for Solskjaer.

But whether Sancho even starts that game is another matter whereas at Anfield, there is every chance that the winger would have been flourishing.

The 21-year-old is exactly the kind of player that Klopp loves – quick, energetic, technical and always alive in the box.

However, the current version of Sancho shows one that looks timid and careless on the ball, and even lost for what to do.

Liverpool were linked with the former Manchester City ace but they were never going to beat United in a transfer battle.

And the chances of the two Premier League rivals ever conducting business are slim, to put it mildly.

It means Sancho must live with this decision and continue to wonder what might have been as he looks to get his Old Trafford career on the right track.