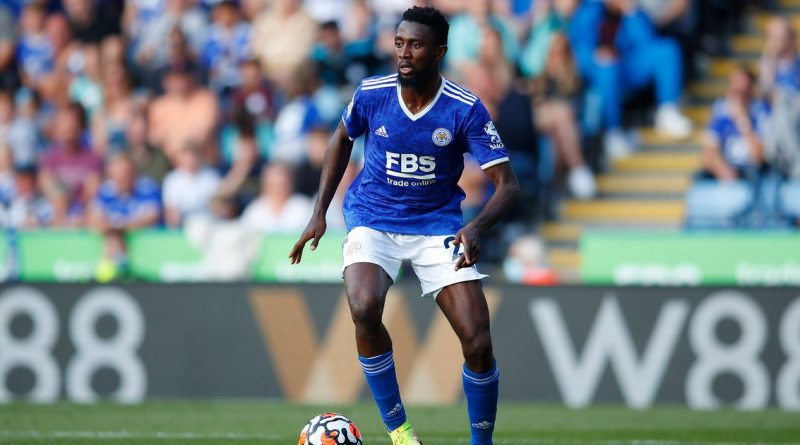 
Ole Gunnar Solskjaer’s side were reportedly interested in West Ham’s Declan Rice throughout the summer, but another Premier League defensive midfielder is now being linked with a move to Old Trafford

Manchester United’s defensive midfield issues have dragged on for several seasons now, leaving Ole Gunnar Solskjaer with a major problem in his side.

Solskjaer spent big in the summer transfer window, bringing in the likes of Jadon Sancho for £73million and and Raphael Varane from Real Madrid in a move worth £40m.

But despite all the talk of a potential arrival of a defensive midfielder, not one arrived.

United looked as though they were going to land West Ham ’s Declan Rice in the summer, but they were then turned off by the Hammers £100m price tag.

Wilfred Ndidi has been linked with a move to Manchester United

Highly-rated Leeds midfielder Kalvin Phillips is another name who has been linked with a move to Old Trafford.

However, one name that seems to stick out as a better option for United, more so than the other two, is Wilfred Ndidi.

The Leicester City midfielder could be the missing piece in the jigsaw in United’s midfield.

According to Spanish outlet Fichajes, Ndidi is a target for United and the midfielder is thinking about a possible exit from Leicester after the club’s poor start to the season.

After back-to-back fifth placed finishes, the Foxes have been unable to push on this season and instead have found themselves lurking in the bottom half of the league table.

Ndidi has been a crucial part in Leicester’s success in recent years since arriving from Belgian side Genk in 2017 for £17m, but it looks as though he faces an uncertain future.

The midfielder has made nine starts in all competitions in the current campaign and currently has a deal which runs until 2024.

Would Ndidi be a good fit for Manchester United? Comment below.

Ndidi joined Leicester in 2017 from Genk

Not only is Ndidi a top talent, but the Nigeria midfielder is likely to be a cheaper alternative to England duo Rice and Phillips. But that’s not to say that Ndidi will come cheap though.

Ndidi boasts a higher number of successful interceptions and tackles per game than both Rice and Phillips in the Premier League this season.

And unlike both, Ndidi has experience playing in the Champions League with both Leicester and former employers Genk. He played every minute of Leicester’s memorable run in the 2016-17, where they were eventually knocked out by Atletico Madrid.

With Fred and Nemanja Matic or Scott McTominay, United’s midfield can at times be flat. But Ndidi brings energy, something which Solskjaer discussed before the Premier League fixture against West Ham.

The 24-year-old can also provide cover for Matic, who at 30 isn’t getting any younger and only has a limited number of years left playing at an elite level.

United’s other defensive midfield option, Donny van de Beek, has had a nightmare at Old Trafford and it doesn’t look as though he will be willing to hang around for much longer.

Solskjaer’s side will take on Leicester this weekend, but unfortunately Ndidi won’t have a chance to further impress.

The 24-year-old is currently side-lined with a hamstring injury and is set to also miss the Premier League clash against Arsenal and the Europa League double header against Spartak Moscow.