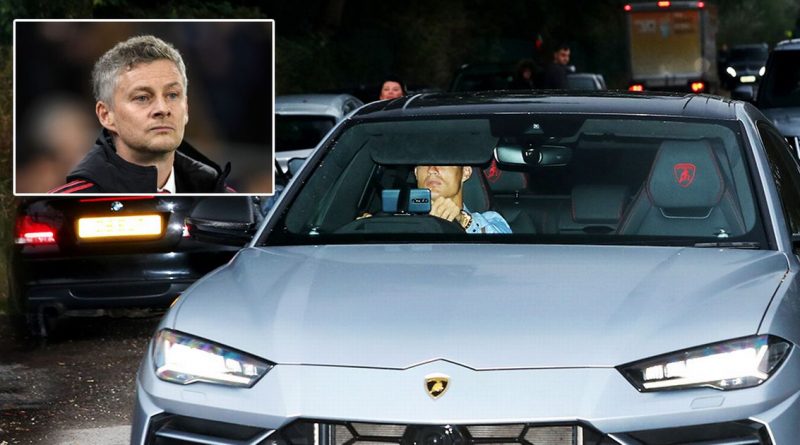 
Manchester United were beaten 4-2 at the King Power Stadium this weekend, which has seen them fall to sixth in the Premier League – five points adrift of leaders Chelsea

The Red Devils were beaten 4-2 at the King Power Stadium this weekend, which has seen them fall to sixth in the Premier League – five points adrift of leaders Chelsea.

Solskjaer is under pressure to win silverware this campaign after club bosses splashed considerable cash on Cristiano Ronaldo, Jadon Sancho and Raphael Varane.

But things are yet to click at Old Trafford after a positive start and if results continue to deteriorate then Solskjaer’s position may come under threat.

According to the Manchester Evening News, Solskjaer is privately unhappy with the Man United hierarchy for failing to sign a midfielder in the summer transfer window.

The Red Devils were strongly linked with West Ham ace Declan Rice, but the Hammers stood firm on their £100million valuation as United set about preventing Ronaldo from joining Man City.

United have since been linked with Kalvin Phillips but the Leeds star – who impressed immeasurably for England during Euro 2020 – looks certain to pen a new deal with the Yorkshire club.

Solskjaer has so far tried seven different midfield partnerships to try and find the winning formula this season.

He is most reliant on the partnership of Fred and Scott McTominay, but fans aren’t convinced the duo are at the level to take Manchester United to the promised land for the first time since 2013.

Red Devils stars looked gloomy as they arrived at Carrington on Monday.

Ronaldo was among the players who attended the training ground and attempted to keep his face hidden behind his sun visor as he entered the club’s state of the art facilities.

Solskjaer wasn’t pictured arriving at training, but he already addressed his players in the media following the Foxes defeat in which he called for unity.

“We started well,” Solskjaer said. “Mason [Greenwood] scored a fantastic goal. You look at the spaces we create and with a bit more care we’d have got the second one.

“We more or less gifted them the equaliser. The second one was a set play which is disappointing. We get an equaliser and then concede again 10 seconds later. Concentration was a key factor in this game.

“The whole performance was not good enough with and without the ball. Over the international break, we have had a good look to see what has gone wrong lately.

“We have had too many games where we have lost points so we need to look at the whole set-up and balance of the team and maybe something has to give.

“Every point in the Premier League you have to fight for. You have to tackle, block and win headers and in key moments today, we didn’t do that enough.

“Every game is a test of character here. Especially now it is an examination of character, staff, players and everyone around here. We have to stick together for Wednesday night.”