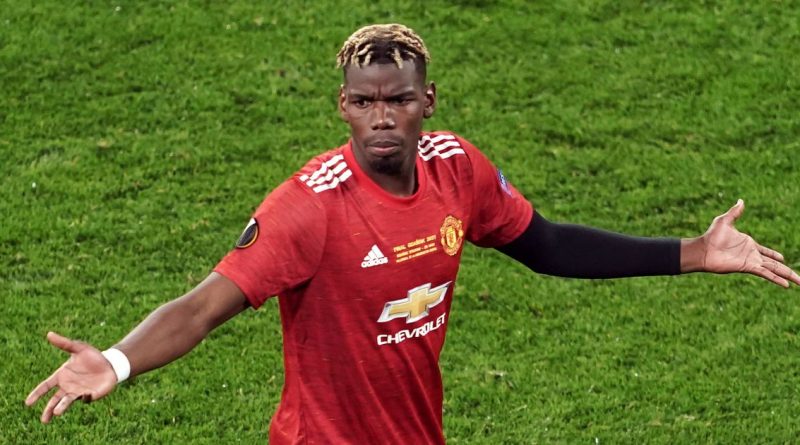 Manchester United and Paris Saint-Germain are miles apart in their valuation of Paul Pogba this summer transfer window.

However, the Parc des Princes outfit have a trick up their sleeve and it is all because of Mino Raiola.

It comes after Pogba refused to sign a new contract with the Red Devils, who now have a decision to make.

The France international has one year left on his current deal and United could either lose him for nothing next summer or try sell him this summer for a fee.

Real Madrid and Juventus are long-term admirers of the 28-year-old but have not got the funds to bring in the midfielder just yet.

Paul Pogba is out of contract at Manchester United in 2022
(

It has left PSG as the only suitors this summer yet they are not ready to meet United’s asking price.

However, the French giants do not want to go near to that figure and are ready to put a bid in closer to €50m (£42m).

United are looking to recoup most of the £89m they forked out for the Frenchman back in 2016.

Yet they might find that a difficult task, especially considering there is just one year left on his contract meaning any suitor could just wait a year and potentially save themselves millions.

PSG are also boosted by the fact that they have worked with Raiola in the past and have plenty of success with him.

Mino Raiola has a close connection with PSG

Gianluigi Donnarumma is the latest client of his to make the move to Paris after leaving AC Milan on a free transfer at the end of the season.

And Moise Kean, another who calls Raiola his agent, signed for PSG last summer after joining from Everton on loan.

The Italian could be joining on a permanent deal if the club get their way, a transfer that could take a few more weeks though.


Also on PSG’s roster are Alphonse Areola, Marco Verratti and Mitchel Bakker – though the latter did leave on a permanent deal this summer – while Zlatan Ibrahimovic is one of Raiola’s most high-profile clients.

The club will feel confident that they can do a deal with Raiola – even if United are being difficult over their Pogba’s pricing.

And that could force the Red Devils into lowering their price by the end of the transfer window, which will force the club into a decision.