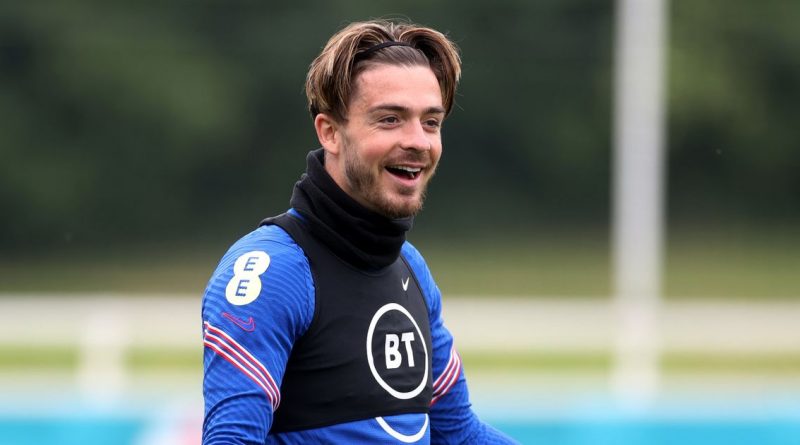 Manchester City are yet to make a meaningful impact in the transfer window this summer.

But that does not mean that they are taking a backseat while the likes of Manchester Uited, Arsenal and Tottenham improve.

In fact, all the signs point towards some huge deals being worked on in the background including some of the biggest names in football.

Jack Grealish appears to be the favourite to sign while Aston Villa are determined to keep hold of the forward.

While Harry Kane and Erling Haaland are also being talked up as potential arrivals.

Here are the latest City transfer rumours and gossip.

Jack Grealish is due back from holiday this week and aims to decide his future next week before the new season.

The Aston Villa skipper is wanted by the Premier League champions in a record £100m deal but his boyhood club are still trying to get him to pen a new contract with his boyhood club.

Grealish is planning crunch talks to decide his future with Villa dangling a new contract.

Contesting for honours with Guardiola is a huge draw and City are likely to blow Villa’s contract offer out of the water.

Erling Haaland has laughed off the reported bids amounting over £130m this summer.

It comes as City retain an interest in the Borussia Dortmund star, who is also wanted by Chelsea and Manchester United.

The Bundesliga club have insisted he is not for sale while Haaland dealt a further blow after breaking his silence amid the transfer furore.

He said: “Before yesterday I haven’t spoken with my agent for one month. So you have the answer. I hope it’s only rumours because it’s a lot of money for a person.”

City would love to sign Haaland but with exorbitant funds needed, they are eyeing a move for Kane further instead.

Tottenham have been told the deal Kane replacement should City get their wish and sign the England international.

The 27-year-old has been the subject of interest from the Etihad, who has been valued at £150m.

However, Spurs chief Daniel Levy has insisted that Kane is not for sale – despite the striker’s pleas to leave.

And Paul Merson reckons if he gets his wish, Nuno Espirito Santo knows the ideal replacement.

“With Nuno Espirito Santo now in North London, Spurs may well have an alternative to Harry Kane this season,” the ex-Arsenal star said.

“With the England captain possibly on his way out, Santo will need to sign a replacement and Raul Jimenez suits the role to perfection.

“Raul Jimenez is one of the best strikers on offer at the moment and is the most underrated player in the Premier League.”