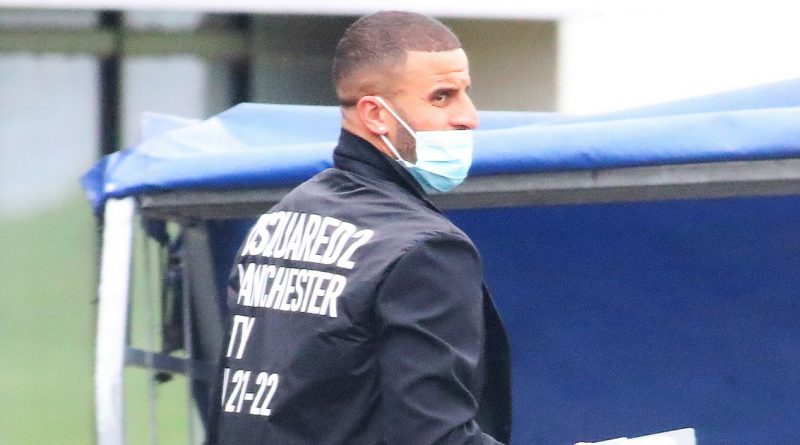 While Manchester City are a stellar outfit on the pitch – their outfits off of it are anything but, if recent pictures are anything to go by.

The sight of pretty much an entire 25-man squad wearing the same thing was always bound to be pretty eye-catching, but when the attire is as questionable as this it takes it to a whole new level of fashion disaster.

The players decided to finish off the look with some black trainers, but even something as understated as black shoes could not save this outfit attempt.

This is not the first time City’s attire has been called into question – their relationship with fashion brand DSquared2 has often received criticism from fans.

The club has been in partnership with the brand since the start of the 2018-19 campaign, though it got off to a disastrous start when players arrived for a pre-season friendly in a branded black tee, matching shorts, long socks, and dress shoes.

Two years later City’s clothing was causing headlines yet again – flying out for their Champions League knockout clash against Real Madrid in a shocking double-denim ensemble.

Kevin De Bruyne responds to Raheem Sterling’s frustrations over lack of game time
Premier League highlights: 10 talking points as “something has to give” for Man Utd

Underneath their denim jackets, former striker Sergio Aguero and co. donned a t-shirt that read: “Dsquared2 for Manchester City winter 2019.”

It is important to note that it is not just DSquared that have caused City players to be ridiculed for their outfits, the club’s current third kit also caused uproar.

Part of a range from kit suppliers PUMA – the shirt doesn’t actually display the club badge, instead it reads ‘Man City’ in block capitals.

City’s upcoming clash against Club Brugge is a must-win given Guardiola’s side currently sit third in their Champions League group.

Speaking ahead of the tie, the City boss said: “It’s the most important team in Belgium now.

“Belgium, for the last ten 15 years, creates top talent. You see the national team, the physicality, courage and talent.

“The holding midfielders, central defenders are aggressive. They play direct and have quality in the final third.

“We knew it before the draw. When we got the draw, I said: ‘Wow. They are tough’, and they got a good result against Leipzig.

HAVE YOUR SAY! Are Man City the worst-dressed team in Premier League history? Comment below.

Raheem Sterling donned the questionable get-up while boarding the plane
(

“The next two games are so important for us and them as well of course.”

De Bruyne echoed the sentiments of his manager as he gears up to return to his home country.

“I’m excited to go back home, it’s the first time except for the national team since I left,” the midfield talisman explained.

“Brugge will be strong as a team. I know some of them play for the national team.”