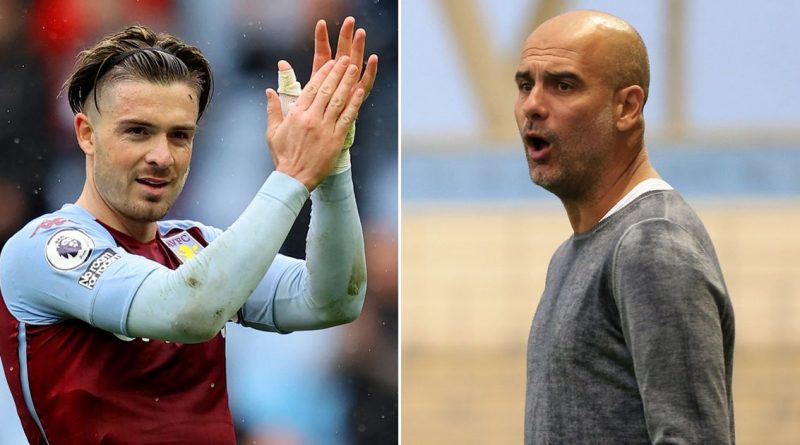 Manchester City are beginning to ramp up their transfer activity.

Business has been fairly mooted in east Manchester so far this summer, with only Scott Carson’s permanent signing making up the small arrivals list.

Pep Guardiola is looking to refresh his Sky Blues squad ahead of the new season after being crowned champions in 2020-21 but again missing out on an allusive Champions League crown.

With the Premier League set to kick-off in a fortnight and the Community Shield against Leicester City taking place next weekend, business is starting to heat up off the pitch.

With megastars linked almost every day, keeping up with the Citizens can be as difficult as winning possession back from them.

Here, Mirror Football rounds up the latest transfer news from the Etihad Stadium.

£100m bid made for Grealish

Following reports heating up in the past few days, City are said to have launched a £100m bid for Aston Villa’s Jack Grealish.

The Telegraph claim the Citizens are hopeful that a Premier League record bid will tempt Villa to sell their talisman.

With the 25-year-old not yet back from his holiday after England duty at the Euro 2020, Grealish is reportedly now the champions’ priority this summer over Tottenham Hotspur striker Harry Kane.

Rogers would be open to joining Villa after impressing on loan at Lincoln City last season in League One.

Is Grealish worth £100m? Let us know your thoughts.

A report from Spain says that City are willing to push hard to sign Barcelona youngster Iliax Moriba.

Moriba has been left out of Ronald Koeman’s first-team plans until his contract issue is resolved.

It’s claimed that Moriba wants a shorter deal so that he can renegotiate when the club’s financial situation is healthier.

Mundo Deportivo, via SportWitness, say the Sky Blues are monitoring the situation – and the club are long-term admirers.

The midfielder almost boarded a flight to Manchester in 2019 during talks with City director of football Txiki Begiristain over signing for the current Premier League champions.

Although Barca are said to be calm about the situation, their patience will soon wear thin and the Catalan club aren’t prepared to offer the 18-year-old improved terms at the Nou Camp.

Rivals Manchester United have also been linked with the teenage La Masia sensation.

Reports is Turkey suggest newly-promoted Super Lig side Adana Demirspor are on the verge of gaining the Kosovo international’s signature for a temporary switch.

And in a permanent move, Sky Sports Italia state that City and Hellas Verona have agreed a permanent deal for Ivan Ilic, who joined from Red Star Belgrade in 2017 but failed to make a senior Etihad appearance.

It’s added that no buy-back clause is included.