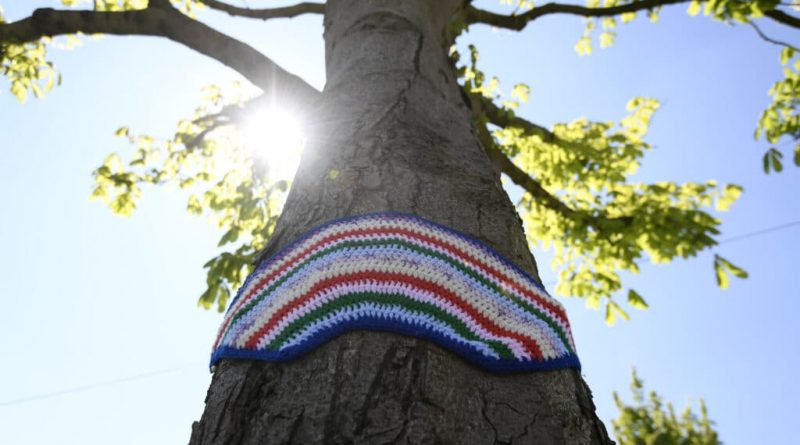 Trees ‘do not respect the human gender binary’. (George Wood/Getty)

A crop scientist has debunked a rumour that male trees and “botanical sexism” is causing increased hayfever by explaining: “Trees are super f**king queer.”

Over the last few months, a theory has been making the rounds on TikTok, attempting to explain why hayfever sufferers are experiencing worse reactions.

The theory is that cities are planting only “male trees” because capitalism doesn’t want people to get free fruit from “female trees”. Therefore, TikTokers have been declaring that “male trees” are producing too much pollen with “no females to fertilise”.

Although it is tempting to blame hayfever on capitalism, a crop scientist has taken to Twitter to debunk the claim.

She explained: “Most tree species have both male and female flowers. And/ or, every single flower on the tree has both pollen and ovaries.

“There are no ‘male vs female trees’ for most species. It is impossible to plant only male trees… Trees do not respect the human gender binary.

“You could say the reason we have so much pollen is not landscaping, capitalism, or ‘botanical sexism’, it’s just that trees are super f**king queer.

“And you would be right.”

Trees do not respect the human gender binary

you could say the reason we have so much pollen is not landscaping, capitalism, or “botanical sexism,” it’s just that trees are super fuckin queer

and you would be right.

While Taber said she loved the idea that “all that pollen floats around because there aren’t enough tree p**sies to catch it”, the reality was that “wind pollination is imprecise” and so “you gotta make clouds of that s**t” for it to reach its target.

“It’s not because of capitalist cityscaping,” she added. “It’s because of nature. That’s evolution and plain old math.”

The real reason for unbearable and unrelenting hayfever is climate change

Dr Sarah Taber responded to one commenter who asked why, if it wasn’t sexist, capitalist, urban tree-planting decisions, did hayfever seem to be getting worse and worse?

She linked to a video which explained that rising temperatures around the world because of the human-caused climate crisis mean that pollen is produced in a greater concentration, and that pollen season starts earlier and/ or lasts longer.