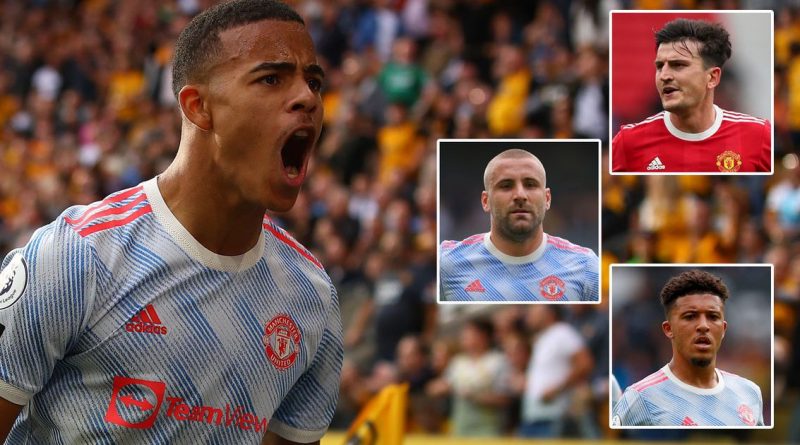 
Greenwood has started the new Premier League season on fire for Manchester United by scoring three goals in as many matches, with his teammates in full agreement over his “crazy’ talent

Harry Maguire, Luke Shaw and Jadon Sancho are all in full agreement about the “crazy” talent of Mason Greenwood.

The Manchester United trio have watched the teenage sensation score in each of the Red Devils’ three Premier League matches this season and have waxed lyrical about the ruthless academy product.

Greenwood’s winning strike in United’s 1-0 victory over Wolverhampton Wanderers before the international break saw the 19-year-old become one of only four teenagers to have scored 20 Premier League goals, following in the footsteps of Robbie Fowler, Michael Owen and club legend Wayne Rooney.

Unsurprisingly receiving praise from across the footballing world and manager Ole Gunnar Solskjaer, Greenwood also has glowing validation from his teammates Maguire, Shaw and Sancho.

Speaking to UMM for their Man Utd Assumptions Special, captain Maguire said: “He’s so young, so refreshing. He’s got everything – every attribute to keep pushing on and improving.

“You’ve seen he can play down the right and the middle as well. I think the hardest thing in training is that you can’t give him a yard, because if you give him a yard it ends up in the back of the net, his finishing is that good.

The skipper added: “In a 5-a-side you always want him on your team because he’s always one of the top goalscorers!”

Meanwhile, Shaw raved about the Red Devils starlet but firstly gave himself some praise.

“He hates coming up against me in training! But the talent he’s got is so scary it’s unbelievable,” the England international claimed.

Greenwood has remained with Man Utd during the international break
(

How many goals will Greenwood score this season? Give us your prediction here.

“I think he’ll be one of the most talked about players in the world in the next 2 or 3 years.”

Sancho, who arrived from Borussia Dortmund in an initial £73million transfer deal during the summer window, has already spent enough time at United to know how “crazy” Greenwood is.

The two, along with Marcus Rashford, could form an all-English forward line at Old Trafford for years to come, something that the 21-year-old is relishing.

“That’s going to be a crazy link up when Marcus gets back,” Sancho excitedly stated.

“We’re still getting to know each other, obviously movements and things like that, getting our understanding, but it’s going to be crazy all three of us on the pitch.”

For that to happen, the ex-Dortmund winger will have to bring his Bundesliga form to the Premier League and Sancho himself is looking to do just that.

“I’m going to keep playing my game,” he affirmed.

“I’m not going to change what I’ve been doing over in Germany. I’ve just got to bring it here and hopefully I can show the fans what I can deliver.”