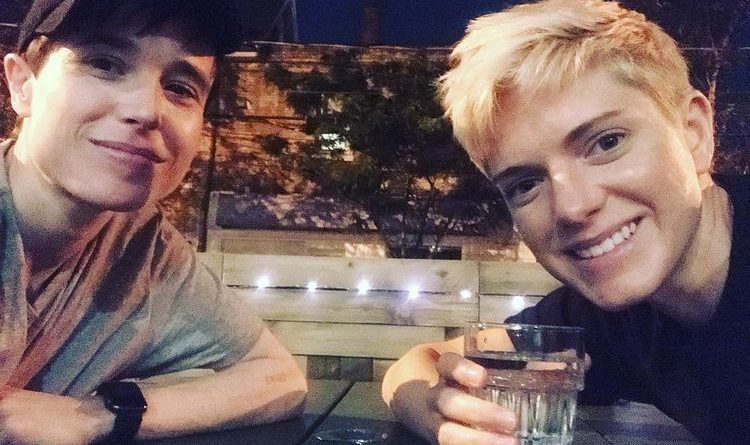 Elliot Page and Mae Martin first met when they were both 19. (Instagram/ elliotpage)

A photo of “heartthrob” Mae Martin and “true stud” Elliot Page being the literal definition of friendship goals has officially broken the internet.

On Friday (23 July), both Martin and Page posted the same photo to Instagram of the two of them hanging out and having a drink.

“Reunion with true stud Elliot Page,” Martin, who revealed they are non-binary in April, wrote.

Page, who came out as transgender in December last year, captioned his post: “Chilling with this heartthrob.

“PS I just finished season two of Feel Good on Netflix and if you haven’t watched yet it what are you doing?”

The sight of the two queer Canadian icons sent social media into a frenzy, with one Twitter user writing: “To think that somewhere right now Mae Martin and Elliot Page are hanging out genuinely kills me that I can’t just be in the room.”

“Elliot Page and Mae Martin being friends is actually so personal to me,” said another.

elliot page and mae martin being friends is actually so personal to me pic.twitter.com/lB8GiOFMRH

A third person declared: “Elliot Page and Mae Martin meeting up is like.. the wildest and gayest combo I can think of.

“I am a little in love with both of them, ngl.”

Speaking to the New York Times earlier this year, Mae Martin described how their friendship with Elliot Page blossomed.

The pair “weirdly met in a bar when we were 19”, Martin said.

They continued: “I was like a weird sort-of homeless stoner – I had an apartment, but there were no locks on the door,” Mae recalls. “Elliot was filming X-Men at the time, I think, and we had a mutual friend.

“So we had that one night, and then years later Elliot sent me a message saying he’d seen my stand-up, and then we became friends.”

Page told Martin when he was planning to come out publicly as trans, while the Feel Good star was “in the midst of it all and feeling quite stressed about it”.

Martin added: “That was very inspiring, and reassuring.

“It’s nice to have someone you can bounce off of who’s going through something similar.”