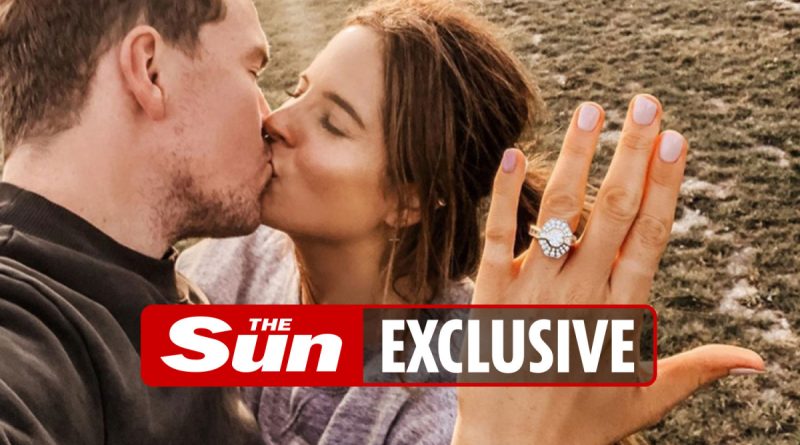 
MADE In Chelsea star Binky Felstead has married her fiance Max Darnton in a secret ceremony.

The mum-of-two got engaged after dating Max for just 19 months and the pair welcomed their first child in June.

Now The Sun can reveal they’ve become Mr and Mrs after tying the knot yesterday in front of family and friends.

Their relationship moved fast and they were discussing buying a house together by the summer.

Binky said at the time: “I hoped I’d meet somebody, I just didn’t know it would be so soon, and I didn’t know that this would be how I feel.”

She split from her ex Josh ‘JP’ Patterson, who co-parents daughter India, three, in September 2018.

Explaining the meaning of the name today, Binky wrote: “The newest member of our very happy family 😍

“He will be known as Wolfie (unless he’s naughty then it’s definitely “Wulfric!” again 😂)

“We love the name as it touches on his Scandinavian heritage as well as having other meaningful links, that are very close to us.”

In September 2020, ecstatic reality star Binky showed off her huge diamond sparkler as she kissed her fiancé.

“On Friday morning, on their way to the duck pond, Max asked India for her permission to ask her mummy to marry him.

She added: “His big sister already adores him and yes – he’s most definitely a keeper 😁.”

The Made In Chelsea star continued: “Massive thank you for all your gorgeous messages . This Friday I will be uploading a series of videos documenting the build up to Wolfie’s birth (including labour! 😅🤦🏻‍♀️) x.”

Earlier this week, Binky revealed that her son was born on Friday 4th June at 10.38pm weighing 8.8lbs.

The reality star was one of Made In Chelsea’s original cast members and spent six years on the show.

Upon announcing she was leaving in 2017, she told fans: “Thank you for the amazing amount of support and love – what an incredible experience, couldn’t be prouder of this show & how far it’s come!”

She added: “It’s been my second family and I will deffo be back to do the odd bits and bobs on it I’m sure in the future, but now I feel my time has come to a natural end seeing as the next big (grown up) chapter of my life is about to begin!”