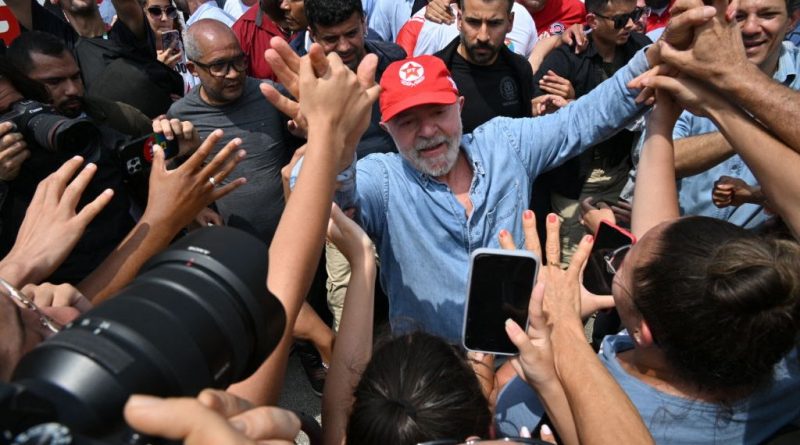 
The first round of Brazil’s presidential election, held last weekend, promises greater drama to come. The lead story from those results was that President Jair Bolsonaro trailed challenger and favorite to win Luiz Inacio Lula da Silva by just five points (48.4%-43.2%), about half the margin that pre-election polls led us to expect. Lula, president of Brazil from 2003 to 2010, remains likely to win the second-round runoff on October 30 and again become chief executive, but the challenges ahead, for him and for his country, will be daunting.

He’ll win because most supporters of now-eliminated candidate Simone Tebet, who won just over 4% of the vote, are more likely to support him than Bolsonaro. That alone should push Lula above 50%, and he will also draw some support from voters for Ciro Gomes, who won about 3%. In fact, Lula’s margin of victory is more likely to widen in the second round than to narrow, whatever Bolsonaro’s surprisingly strong first-round number suggests about his campaign and its momentum.

For Lula, election victory is where the good news ends, because a better-than-expected performance from right-wing parties that support Bolsonaro in congress, and in many races for state governorships, will limit Lula’s ability to advance an ambitious economic and social agenda. His victory will come largely thanks to promises to boost economic and social support for Brazilians who need it during tough economic times, but determined resistance from opposition lawmakers will frustrate his ability to raise taxes and increase government spending.

In fact, the PL, Bolsonaro’s party, will be the largest single party in both houses, and opposition parties of the right will now hold half the seats in Brazil’s lower house. Lula might still manage to build a working coalition in both houses by cutting deals with centrist and independent parties as well as with moderate lawmakers who align with pro-Bolsonaro parties for tactical rather than ideological reasons. But that would force Lula into the compromises that undermine his plans to spend state money to help consumers weather inflation and to ease growing wealth inequality. And if failure to deliver damages his popularity, he will find it still harder to negotiate his way out of congressional gridlock.

The immediate market response to the first-round results was positive. Both the currency and stock prices strengthened. In part, that’s because investors who fear that Lula will tax and spend Brazil into fiscal trouble saw great hope in the numbers for a Bolsonaro second-round upset. The incumbent, many investors believe, would keep market-friendly reforms moving through congress. But it’s also because they recognize that even if Lula wins, he will face much greater legislative resistance than he had to contend with during his first presidency. Markets may also like the fact that, despite his party’s gains, Bolsonaro’s opposition bloc won’t have the votes to destabilize Brazil’s politics by amending its constitution or by trying to impeach Lula or supreme court justices it doesn’t like.

What we see in Brazil is part of a larger trend across Latin America. As Lula will quickly discover, it’s an increasingly tough time to be in power in that region. Economic slowdowns in China and America are weighing heavily on growth. Inflation is surging, and governments have few tools to manage it because the higher cost of living is mainly the result of inflation in other countries. Public anger was on the rise even before COVID-19 arrived to make matters much worse.

In many countries, voters have ejected right-wing incumbents in favor of left-wing candidates who pledge state help, but domestic opposition and poor economic conditions abroad prevent them from delivering, increasing the risk of protests and destabilizing political unrest. Chile was rocked by noisy demonstrations before the pandemic took hold. Colombia saw violence in the lead-up to elections that produced that country’s first leftist president. Protests triggered by high fuel prices earlier this year in Peru, Ecuador, and Panama made international headlines. Brazil has seen massive demonstrations before over issues like fare increases on city busses. This is what Lula has to look forward to.

And while we’re on the subject of protests… there’s the more immediate problem for Brazil that President Bolsonaro is ready to cry foul when he doesn’t win. For months, he has laid the groundwork for claims that the vote has been rigged against him, and the closer-than-expected first-round result will make matters worse by both convincing his supporters he has a real chance to win in the second round and that polling is not to be trusted.

There is an important silver lining in this storm cloud. Bolsonaro will have fewer options to cloud the case as Donald Trump did following his loss to Joe Biden in the U.S. 2020 presidential election. Brazil’s federal election system means that Bolsonaro can’t try to use state governments to manipulate the outcome, and there’s no evidence that suggests Brazil’s military leadership is more willing than the Pentagon was to launch a coup on behalf of a defeated incumbent.

For Brazil these days, that’s as good as good news gets.