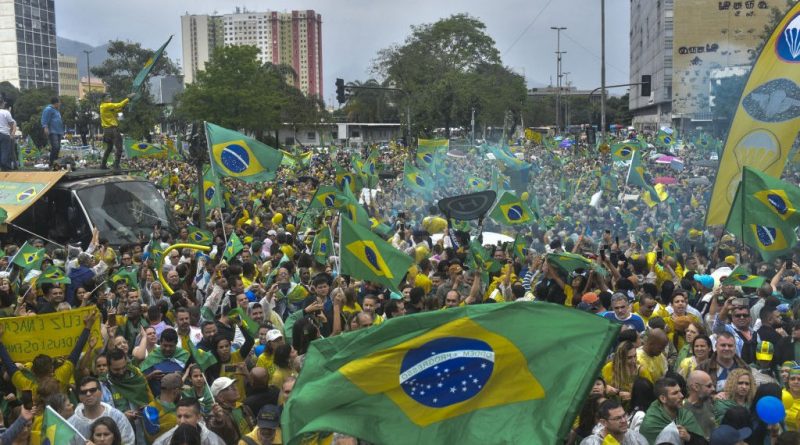 
Brazilians have to hope that an ugly campaign, threats, political violence, and post-election protests will all give way to a better day for their troubled country. Luiz Inacio Lula da Silva, known popularly as Lula, will again serve as Brazil’s president. (Lula previously held the job from 2003-2010.) Despite warnings that only God could remove him from office, incumbent Jair Bolsonaro has promised to abide by the constitution and allow the political enemy who defeated him to take office. He has even called for road-blocking strikes by truckers on his behalf to come to an end. Fears of a military coup to save Bolsonaro were always overblown, and Lula will become president in January.

And from there, the going will get tough.

Lula’s margin of victory was less than two percentage points, the closest presidential outcome in Brazil’s modern history. (In 2002, Lula won by 22.5 percent and by 20.6 percent in 2006.) Half this increasingly polarized country considers him a criminal and/or a dangerous leftist ideologue who will transform Brazil into crisis-plagued Venezuela.

In addition, the country’s economy is far weaker than the last time Lula held power. Brazil’s worst post-war recession (2015-2016), which helped bring down former president Dilma Rousseff, Lula’s handpicked successor, and the slowdown imposed by COVID-19 will leave Lula with little money to spend on the kinds of poverty-alleviating projects he invested in during his first run as president, a boom time for Brazil’s commodity exports which helped fill government coffers. Today, China’s sharply slowing economy has hit Brazilian exporters hard. Troubles in the United States make matters worse. Inflation in Brazil is now running at 9 percent, cutting deeply into the purchasing power of many who live from hand to mouth. And Lula must also be careful in coming months to assure foreign investors he will accept the reality that his government must watch its spending. That problem is further complicated by the reality that about 90 percent of Brazil’s federal budget is now devoted to mandatory spending.

Lula will also have to work with a much more hostile congress. Bolsonaro’s Liberal Party now holds the largest number of seats in both houses, and it has plenty of right-wing allies to partner with in opposition. And just as Donald Trump has become a constant critic of the Biden Administration, Bolsonaro himself will use his popularity with Brazil’s conservatives to make his leadership of that opposition as disruptive as he can for Lula’s agenda. Periodic protests, both large-scale and potentially violent, are a safe bet.

Brazil’s once and future president appears to understand these limitations and will govern with moderation, at least at first. But how will Lula change tack a few months from now when the honeymoon is over, his popularity wanes, demand for change grows, and he’s unable to deliver without changing the rules? Can he increase spending to cushion economic blows without raising taxes to levels that weigh on the growth of an already weak economy? How does he avoid feeding investor doubts about sustainability of Brazil’s debt? Or, faced with intense political pressure, does he try to rewrite economic rules in ways that push Brazil’s economy into danger?

The rest of the world will be watching. Those who hope the Amazon will be better protected against deforestation as a means of protecting the global environment will be pleased, because Lula has promised, credibly, to make the health of the rainforest a top priority. But a crisis for Latin’s America’s largest economy is bad news for all in a time of global economic weakness.

One thing is clear: Lula will lead a different country than the one he governed a generation ago, and he’ll need to rely on a different set of political skills to keep his presidency above water.