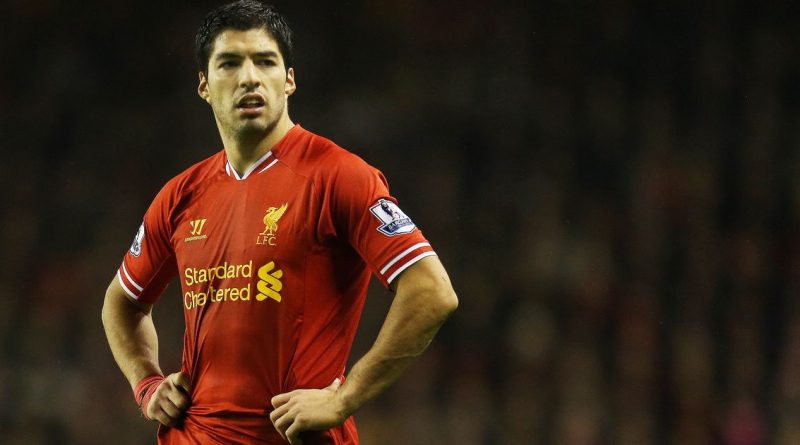 On the surface, it was an incredible farce. Arsenal had dreamed the impossible in the 2013 transfer window, only to be left with the football world laughing in their faces.

It was not simply because they were chasing the wantaway forward Luis Suarez, who had been hankering for a move away from Liverpool. Moving to one of their bitter Premier League rivals rarely happens but it is never out of the question.

But that did not deter the Gunners — especially when they had learned that the Uruguayan was available for a little over £40million.

In fact, their information claimed the striker had a clause inserted into contract allowing him to leave for any fee north of that amount. With that in mind, who could blame Arsenal for lodging a cheeky bid?

Perhaps £45m would do it, disguising the fact they knew about the alleged clause? Or maybe £41m, if the accountants had insisted that funds were tight and expenses could in fact be spared?

The news had filtered out of the Emirates that the club had submitted a formal offer to Liverpool and were confident of it being accepted.

No need to rub your eyes, they did not deceive you. Although it was never officially disclosed by the clubs, the bid was reported by Sky Sports News to have been £40million and £1.

For a number of reasons, it was a stunning news story. After all, Suarez had been banned for 10 games after being found guilty of racially abusing Manchester United defender Patrice Evra in 2011. Two years later, he was handed an eight-game ban for biting Chelsea ’s Branislav Ivanovic.

But even despite all of Suarez’s discrepancies, it would have represented a terrific signing for the club in footballing terms. Since joining Liverpool, he had scored 82 goals in 133 games and in doing so found the net with some incredible strikes.

One can only imagine the head-scratching in the Liverpool boardroom when they received the fax, outlining the details of their bid.

Seemingly in disbelief, Liverpool co-owner John W. Henry, not so popular in modern times due to his attempts to include the Reds in the breakaway European Super League, produced out a phenomenal tweet in response.

“What do you think they’re smoking over there at Emirates,” he wrote from his official Twitter account, which subsequently received 30,000 likes.

Football fans were left in utter confusion as to why Arsenal had made such a specific offer.

Arsenal’s chief of transfer negotiations, Dick Law, later explained that the bid was not designed to trigger the clause, but to encourage Liverpool to enter into dialogue about reaching an agreement.

“We knew that we had to exceed a certain threshold and so we decided to throw another pound on it,” he said.

“The offer was just a trigger. Liverpool wanted to make a big deal out of it and that’s fine. When they received our offer they immediately publicised it.

“I think John Henry wanted to know what we were smoking, which I thought was a bit disrespectful. It was him having a bit of a go because he was getting ready to lose his star player. It was a good way to deflect attention.”

What was striking about the whole situation was that it actually nearly happened, at least according to Arsene Wenger. The Frenchman went on record in stating that, from his knowledge, the deal was all but done with Suarez’s representatives.

“We had an agreement with the player and his agent,” Wenger wrote in his book, ‘My Life in Red and White’, as serialised in The Mirror.

“But the agent claimed that there was a clause: with an offer above £40million, Liverpool would be obliged to let the player go.

“But thanks to an indiscretion within Liverpool, I found out that his clause never existed. To check this was true, we offered £40,000,001.

“This may have seemed ludicrous, I admit. But Liverpool did not want to sell Suarez, they could afford to keep him and there was already an offer from Barca on the horizon.”

Even if the idea that Arsenal could trigger his buyout clause with such a low-ball offer was laughable, what was serious and undeniable was how Suarez had pined for a transfer to north London.

According to The Athletic, the striker was furious about his potential move being blocked, with captain Steven Gerrard and manager Brendan Rodgers playing a key role in helping to keep the striker at the club.

“Luis was angry with Fenway. He was fuming with Brendan,” Gerrard wrote in his autobiography.

“The division between Luis and Brendan, between the player and the club, ran deep and wide. It was hard to see any way of bringing them together.”

As it happened, Suarez did not join Arsenal, nor did he leave Anfield that summer. He remained on Merseyside and scored 31 goals for the Reds in all competitions as they narrowly missed out on the 2013-14 Premier League title, having topped the table with two games to go.

Finding his way out of the club was far from plain sailing. After making his desire to leave known in public, Suarez received a backlash from angry Liverpool fans, who had supported him through thick and thin.

But the striker’s mind was made up. He headed to Barcelona for £75m in the summer of 2014, having gone on strike to force through the move after staying at his family’s vacation home in the region.

There was little to change about Suarez’s controversial playing style but it appeared he had eroded the unacceptable antics from his game after moving to Camp Nou. And the move was a huge success from his side, seamlessly linking up with Lionel Messi and Neymar to form the world’s most lethal strikeforce.

In his seven years with the Blaugrana, he won four La Liga titles, one Champions League and four Copa del Rey winners’ medals, as well as scoring 198 goals for the club. Now at Atletico Madrid, the 34-year-old added another Liga title to his burgeoning trophy collection.

Arsenal fans could be forgiven for dreaming of what successes they could have shared together, with the Gunners only winning three FA Cups in the same period.

Would he tempted at having one last hurrah in the Premier League, if Mikel Arteta and co came calling?

“Playing for any team other than Liverpool in England would be hard,” he told World Soccer Magazine earlier this year.

“I had, and hope I still do have, such a good relationship with Liverpool fans that it would be strange for me to play for somebody else.”