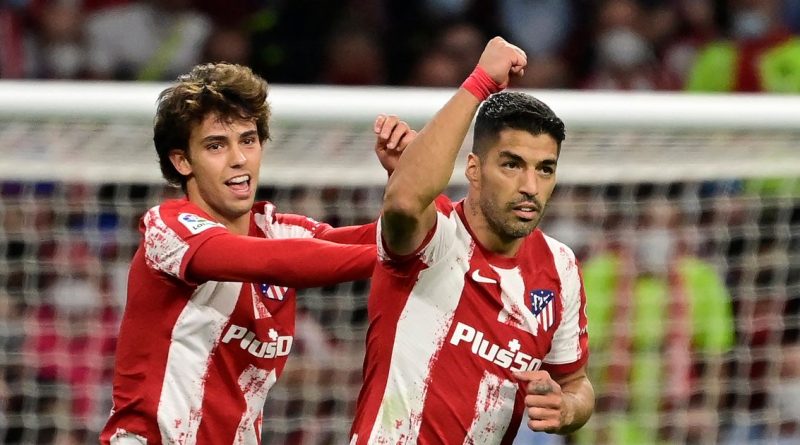 Luis Suarez has given Atletico Madrid teammate Joao Felix some words of wisdom as the young talent is touted with a potential switch to the Uruguayan’s old club Liverpool.

The veteran striker three stunning years at Anfield – notching 69 goals in 110 Premier League appearances before upping sticks to Barcelona in 2014.

He has now offered up some advice to the 2019 Golden Boy winner on how he can take his game to the next level, after failing to live up to the heights many of the Atletico faithful had hoped.

Speaking to Spanish outlet Marca, Suarez explained: “He [Felix] is a player who, in the final third, makes a difference.

“He has a dribble that is enviable, because of the ease he has. Obviously he has things to improve, such as the arrival on goal, so that he feels more comfortable and in better shape.”

Suarez did go on to explain how he has confidence Felix’s performances will improve this term.

“I am convinced that this will be Joao’s year. He has an admirable shot for his age,” Suarez explained.

“He is excellent in dribbling, that short dribble that you don’t know when he will give it to you or go to space because he haggles well.”

Suarez’s advice comes amid recent reports that Liverpool are eyeing up a £68m move for Felix to bolster Jurgen Klopp’s attacking options.

Fichajes claim that the Liverpool hierarchy have identified Felix as their number one transfer target next summer – despite his recent struggles in La Liga.

Though Suarez has given Felix a vote of confidence that this season will show signs of improvement, the former Benfica star has made just three appearances thus far this term.

Time is on Felix’s side given his age, but the patience of Atleti boss Diego Simeone can only extend so long – especially when the 21-year-old’s price tag is factored in.

The La Liga champions forked out £114m for Felix in 2019 – the best year of his short career so far, yet he has fallen drastically short of expectations.

HAVE YOUR SAY! Should Liverpool spend big on Joao Felix? Comment below.

Felix, however, remains confident he can reach similar heights to other big names in his age group such as Erling Haaland and Kylian Mbappe.

When asked by TNT Sports Brasil if he believes he can be held in the same regard as the aforementioned duo, Felix said: “I can be, I’ve not yet reached my best level.

“In the last few seasons I’ve had several injuries and I’ve not enjoyed an injury-free season. But when that happens I think I can fight to be in that position.”