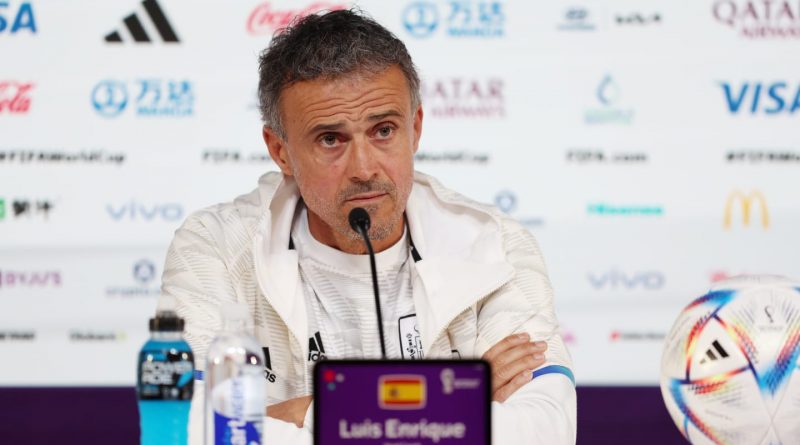 34-year-old Busquets and 33-year-old Alba have been singled out for criticism by portions of the Spanish media, who have suggested that both are past their best and should be overlooked in favour of younger talent.

But they were again named in Spain‘s starting XI for the clash with 2014 World Cup winners Germany, and Alba provided the assist for Alvaro Morata’s opening goal with a tantalising cross.

Busquets was not as convincing in midfield, but nevertheless held his own against a talented German midfield boasting the likes of Joshua Kimmich, Leon Goretzka and Ilkay Gundogan.

After the game, Enrique spoke to the media about what he perceives to be a ‘campaign’ against the pair, and suggested both remain vital components of an otherwise youthful Spain squad.

“Alba is a player at the highest level like Busquets, there is a campaign against them and that’s normal because people are tired of veterans.” Enrique explained.

Harry Symeou hosts Scott Saunders, Grizz Khan and Jack Gallagher to look back on France ’98 as part of the ‘Our World Cup’ series. We take a trip down memory lane – join us!

“I bring them to the national team because they are amazing players. Alba is the best full-back in the world in the final third of the field,”

Enrique appreciates both players so much, in fact, that he admitted to trying to persuade both to stay on with Spain until the 2026 World Cup, to be held in the United States, Canad and Mexico.

“Alba is like Busquets, they’ve been trying to force him out for many years,” he added. “I hope we can convince him to continue and play another World Cup.”

Enrique’s plans may be a touch fanciful given Alba will be 37 by the time the next World Cup comes around, but he certainly showed against Germany that there’s still elements of his game that should worry top-tier opposition.

As for Busquets, he appears to have taken on a mentorship role for young Barcelona pair Gavi and Pedri, developing a telepathic-like relationship similar to the one he enjoyed with Xavi and Andres Iniesta for many years.