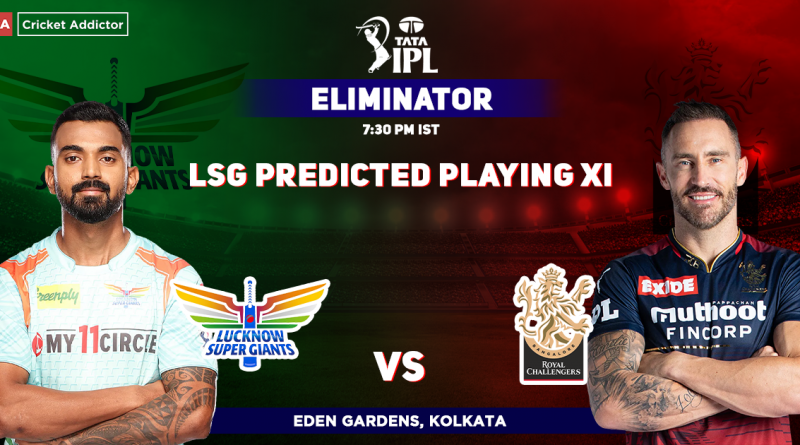 Lucknow Super Giants is led by KL Rahul. The team reached the playoffs after winning 9 matches and losing 5 out of 14 during the league stage. They earned 18 points and finished at the 3rd spot in the points table. Here we talk about LSG’s predicted playing XI against RCB in IPL 2022 Eliminator match.

Quinton de Kock will be the opener and wicketkeeper for Lucknow Super Giants in the next match. The left-handed batsman slammed a marvellous knock of 140 runs in the last game. The Proteas batter has mustered 502 runs in 14 games so far in IPL 2022 at an average of 38.61. With 2 centuries and 3 half-centuries, De Kock has proved that he is in an outstanding form this season.

Also Read: KKR vs LSG: He Was Not Happy With His Performance Before This– Vijay Dahiya On Quinton de Kock’s 140