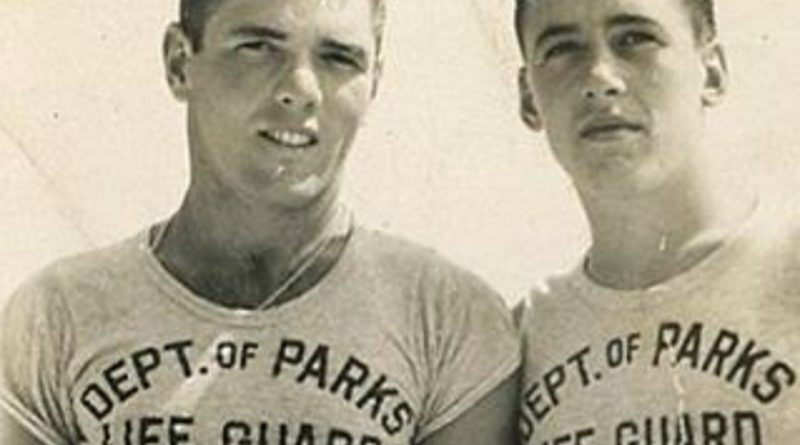 
A handwritten note on the back of a photo from 71 years ago set the internet searching for clues about lifeguards Buzz and Tommy.

It all started when a Reddit user shared a vintage photograph of the two men holding hands in lifeguards’ uniforms in 1949, and it’s a beautiful image. Even more beautiful is the note written on the back.

The reverse of the photo features the heartfelt message: “To Buzz. I’ll always remember the times we spent together. All my love, your Tommy”.

The photograph — taken some 54 years before the full decriminalisation of homosexuality in the United States — naturally fuelled a ton of speculation about what happened to the two men.

People want to know what happened to lifeguards Buzz and Tommy.

The “goodbye” note does not suggest a happy ending, with one user speculating: “I wonder if they had to get married. Or if they were lifeguards and the summer was over and they had to go back to their lives of lies.”

Another added: “This is so touching and beautiful and also makes me sad to think that if they wanted to be together they couldn’t do it back then… I’d like to think they at least were able to have loved and lost than not love at all.”

One Redditor quipped: “Historians: ‘So yeah, they were just really good friends.’”

Sadly, there are few clues to where the photo was taken, beyond the pair’s “Dept. of Parks Life Guard” t-shirts.

Based on the age of the men in the photo, they would likely be in their late eighties or early nineties if they are alive today.

Some speculated that they might be able to have found happiness in later life.

A user wrote: “Hopefully you are correct. I am in a group of senior gay men. Most are ‘newly gay’ after living the normal American dream.

“It is so sad that social institutions forced a lifetime of repression. it’s interesting and sometimes sad and amusing to see them try making up for lost time. If we survive for several more lifetimes, there will be much less hypocrisy, hopefully.”

It’s not the first time the internet has been captivated by a historic LGBT+ love story.

In one letter, Gordon wrote: “My own darling boy, there is nothing more than I desire in life but to have you with me constantly.

“I can see or I imagine I can see, what your mother and father’s reaction would be… the rest of the world have no conception of what our love is — they do not know that it is love.”