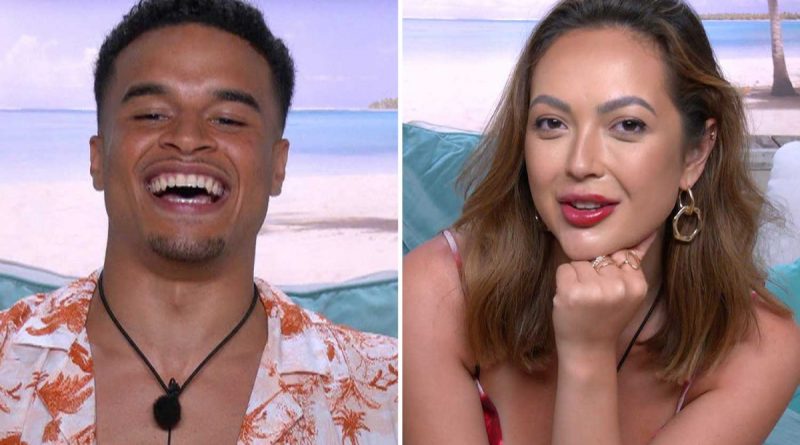 LOVE Islander Sharon Gaffka spilled on all the inside gossipas she took a swipe at Toby Aromolaran.

Sharon spent no time at all on Capital Breakfast this morning before she dived into her opinions.

The star savagely dubbed Toby the “biggest game player” and said he is “jumping too quickly” with Sharon as she chatted to Roman Kemp.

Sharon, 25, who was dumped from the show earlier this week, said she doesn’t think the 22-year-old footballer is “in it for the right reasons”.

Speaking to Roman, the civil servant opened up on what she thought of him dumping her pal Kaz Kamwi for Chloe Burrows.

Sharon said on the matter: “I personally think Toby is the biggest game player, I’m sorry.

“I’m going to put it out there.

“It’s the jumping ship so quickly.

“I know he’s never been in an actual relationship.

“Why are you jumping ship so quickly? One girl has a conversation with you and you’re like, ‘Yeah, I’m in it for the vibes.'”

The former Miss Universe went on to say she is puzzled by his behaviour.

The star also opened up on if she thinks Lucinda will stay loyal to Aaron or go back to Brad after being booted from the villa yesterday.

Sharon said: “I don’t think the rumours are true personally…I think she might go back to Brad.

“When Aaron was confessing his feelings I just didn’t feel like she was into it.”

Sian Welby then asked Sharon: “You had a bit of a thing for Aaron, will you be putting the moves on him?”

Sharon responded: “Love him as a mate, but definitely no moves being put on that one no.”