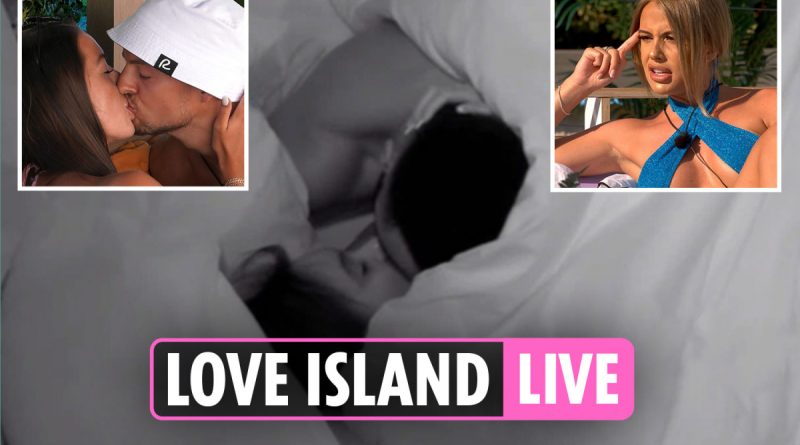 LOVE Island fans are reeling after a bombshell episode.

Tonight’s episode saw hearts break and couples come to an end after Chloe found a postcard sent to the main villa from Casa Amor.

The postcard showed all the antics they boys had been up to, including a lot of snogging girls they were not coupled up with.

Millie ran away in shock after seeing her guy Liam get cosy to blonde beauty Lillie – who he would later go on to pash without remorse.

Abigail decided to still “wait” for Toby and get his side of the story, even though she saw him kissing another girl.

But she might be on to something, because Faye believed Teddy snogged another girl based on the postcard.

The reality was though that Teddy had kissed her in a challenge, and it just seemed like he had cheated on Faye.

But this has left her thinking she’s single and potentially has her eye on Sam in the main Villa.

“I should’ve seen the red flags… I feel so stupid,” she sobbed.

But once she wiped away her tears, she decided to move on with Matthew.

He swooped in to share his feelings for her and they coupled up, without waiting very long to share their first kiss.