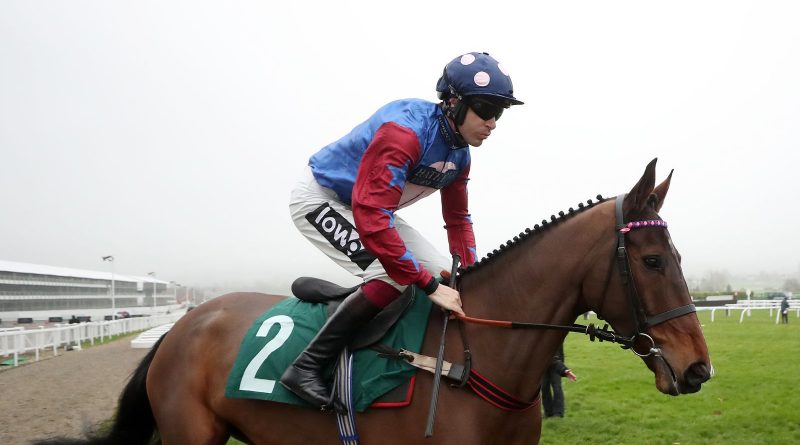 High-class chaser in recent seasons who reverts to hurdles having had back issues. Certainly good enough to win if right, but this is his first start of the campaign and in recent seasons, has looked more comfortable going left-handed. Market should give a clue about his fitness/wellbeing.

The 2020 Stayers’ Hurdle winner, but his form since has been a bit hit-and-miss. Disappointed last time out but had excuses having lost a shoe and banged himself. Will be happier getting back onto a slower surface, and any rain would help, but he’s proving hard to catch of late.

On The Blind Side (Nicky Henderson)

Likable and dependable type who has been slowly progressive each season. Despite being a significant drifter in the betting for his campaign reappearance, ran well under a penalty in a race where he likely got racing earlier than ideal. Entitled to strip fitter for that and looks overpriced (16/1), especially if he gets a better tactical ride this time.

Formerly outstanding staying hurdler, but at the age of nine, is starting to look regressive. His form dipped last season and in his two runs this campaign, he has disappointed, although maybe didn’t like front-running last time out.

Given his bulk and size, maybe he’ll strip fitter this time. Will love getting back onto a more stamina-demanding course, and you are at least getting a price about him for a change, but he’s hard to recommend on recent evidence.

Likable, strong-staying sort but has a touch of class. Started his season nicely behind Honeysuckle in the Hatton’s Grace Hurdle over an inadequate trip so will love stepping up to three miles again.

Could maybe have done with more pace in the race to bring his stamina out, but either way, must be respected.

Has been progressive and dependable in recent seasons, and as a seven-year-old, is entitled to get better again, having only competed 14 times. Was a well-held fifth in this race last year, but did beat Lisnagar Oscar and On The Blind Side on his next start in the Rendlesham Hurdle.

Looks a touch overpriced at 33/1, but while he has gone well fresh in the past, he would have been of more interest with a runner under his belt.

In a first-time tongue-tie bagged the Grade Two Long Distance Hurdle at Newbury last time out, although there is a small suspicion he picked up the pieces in a race where he didn’t carry a penalty.

His career-best effort came at this course in January 2020, and while worse off at weights with On The Blind Side and Paisley Park, is one of the more likely winners if on a going day again. Fergus Gregory rides in his first Grade One.

High-class hurdler who was mugged by Paisley Park in this race last year, having idled when he hit the front. Missed the Stayers’ Hurdle through a small setback, but made amends at Aintree, winning their Grade One Stayers Hurdle.

Was set a very difficult task on seasonal debut going to France on heavy ground, but while the case, he was still disappointing. Now with a run under his belt, getting back on a firmer surface are two positives.

There doesn’t look to be a lot of pace on, especially if Paisley Park reverts to more patient tactics, with front-running possibly not suiting him last time out. As the market suggests, Thyme Hill (7/4) is the most likely winner, but I have little interest in backing a horse at that price on the back of a disappointing run.

The market should guide with regards to Champ, but Ascot may not suit him. Thomas Darby possibly had his day in the sun last time out, while Paisley Park (wears first-time tongue-tie) is looking regressive. Lisnagar Oscar will love getting back on softer ground, but doesn’t look in good enough form at the moment.

It leaves me with two options, On The Blind Side, who may get the run of the race and Irish raider, Ronald Pump. At the prices, 16/1 and 7/2 respectively, I am happy to back both ON THE BLIND SIDE and RONALD PUMP.

The former is certainly overpriced at 16/1, especially as he could possibly get an easy lead. I would have been more confident on faster ground. Some bookmakers are paying four places.

Ronald Pump comes here on the back a solid effort behind Honeysuckle, is entitled to improve for that and is a horse I can see enjoying the demands of Ascot.