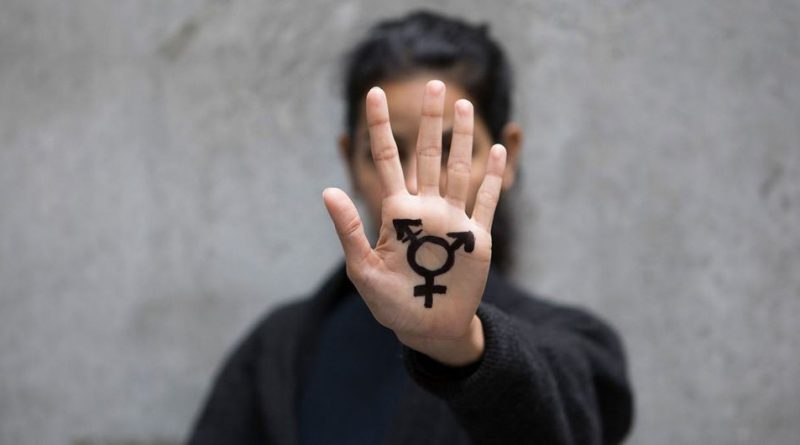 
The Day celebrates diversity and raises awareness of the human rights of lesbian, gay, bisexual, transgender, and intersex (LGBTIQ+) people.

In her statement, UN rights chief, Michelle Bachelet, reminded that despite the many recent positive changes around the world that resulted from the arduous work of LGBTIQ+ human rights defenders, “widespread violations continue: killings, torture, sexual violence, criminalization, and arbitrary detention”.

According to the UN Population Fund (UNFPA), more than one-third of all countries still criminalize same-sex relationships. And LGBTQI people are denied legal protections, essential health care, civil and human rights, including a right to bodily autonomy when forced to go through medical treatment or needless surgery.

Our Bodies. Our Lives. Our Rights

This year’s theme Our Bodies. Our Lives. Our Rights. aims to remind us that everyone has the right to fulfil their full potential through exercising bodily autonomy, for it is that right upon which other human rights are built.

Ms. Bachelet stressed that “LGBTIQ+ people are entitled to the equal respect for their dignity and equal respect, protection and fulfilment of their fundamental human rights, just like everyone else”.

Raising concerns over the continued harassment of LGBTIQ+ human rights defenders, discriminatory restrictions on freedom of expression, association and peaceful assembly, and new proposed discriminatory measures in a number of countries, including some that specifically target trans people, Ms. Bachelet urged States to act with urgency to do more to protect their rights.

UN Women added their voice to the call, in solidarity with “all people of diverse sexual orientations, gender identities, gender expressions and sex characteristics”.

Armed conflicts and the ongoing impacts of the COVID-19 pandemic and climate change, have further fuelled injustices.

“Over the last year, an increased number of laws and policies have criminalized and stigmatized gender diversity. For LGBTIQ+ people who are low-income, young, disabled, Black, Indigenous, or people of colour, such threats to bodily autonomy are experienced in conjunction with other forms of discrimination and marginalization”, UN Women said in a statement.

According to recent data, an estimated two billion people live in environments where LGBTIQ+ people are treated as criminals.

In some countries, same-sex couples even face the death penalty, Mr. Grandi warned, noting that others “refuse or are unable to protect those who suffer or are at risk of violence” from gangs, their communities and even their own families.

“Confronted with this reality, many LGBTIQ+ people have no choice but to flee”, the UN agency chief said.

“Yet, even as they try to find safety, they often continue to face risks, including violence or sexual abuse. Discrimination is often the one thing LGBTIQ+ refugees cannot leave behind – in many cases it follows them across borders as they continue to face barriers to finding a safe place to live, a job, or even seeing a doctor”, Mr. Grandi continued.

UNCHR has redoubled its commitment to protecting the autonomy, agency, and rights of all forcibly displaced and stateless LGBTIQ+ people.

Celebrated by everyone in society

Tackling those issues does not just require changes in laws and policies – it also requires greater acceptance, support, and celebration of LGBTIQ+ persons by everyone in society, including within the family.

Mr. Grandi added that everyone has a responsibility to counter homophobia, transphobia, and biphobia and “realize a world where all LGBTIQ+ people do not need to flee and can live — at home — in safety, dignity and with pride”.

With that in mind, the UN Human Rights Office launched a new UN Free & Equal thematic campaign celebrating diverse families that accept and support their members to thrive, no matter who they are, or whom they love.

The campaign calls on each and every one of us to stand up for the human rights of LGBTIQ+ people and for inclusive, supportive families, in all their diversity.