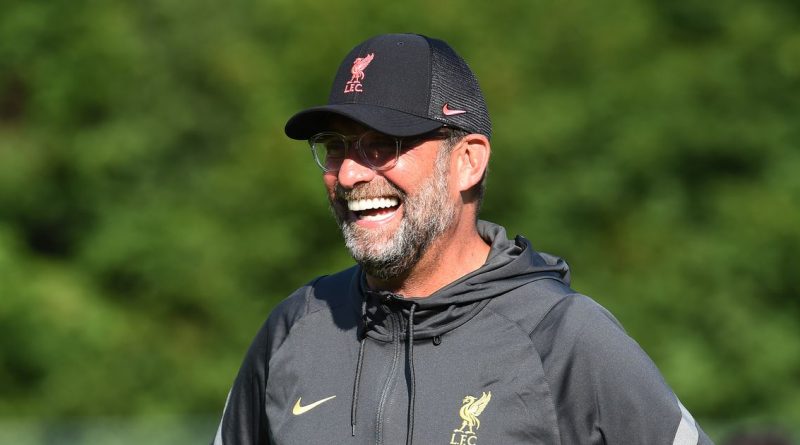 Liverpool are three games deep into their pre-season ahead of a huge Premier League campaign.

The Reds are bidding to bring the title back to Anfield after missing out last term, as Manchester City claimed the English crown.

Jurgen Klopp will already have a fresh look to his team come the opening weekend of the top-flight season, when they visit newcomers Norwich City.

Georginio Wijnaldum has left for Paris Saint-Germain, leaving a significant hole in the midfield.

However, the £36 million signing of French centre-back Ibrahima Konate from RB Leipzig and the return of Virgil van Dijk, Jordan Henderson and Joe Gomez will be a sight for sore eyes, having been unable to regain fitness in time for the run in.

With Fenway Sports Group under pressure to deliver with big-money acquisitions, Liverpool are in the market for a number of players ahead of 2021-22.

Liverpool will reportedly offer Franck Kessie a deal with £7m-a-year in an attempt to lure the combative goalscoring midfielder from AC Milan.

The 24-year-old has just one year remaining on his current deal with the Rossoneri and talks over an extension are said to be at an impasse as Klopp searches for his Wijnadlum replacement.

Sports Mediaset claim that the battle for his signature will be tough, with Milan set to offer a £5m salary in order to try and keep the Serie A star in Italy.

Kessie bagged 13 goals (11 on them penalties) and four assists over the course of the last campaign, his best return since arriving at the San Siro in 2015.

Having prized Diogo Jota away from Wolverhampton Wanderers last summer, the Reds are said to be keen on returning to Molineux for another Portuguese winger

21-year-old star Pedro Neto is the subject of interest from Liverpool, Tottenham Hotspur and Italian giants Juventus, according to 90min.

Their report states that Wolves are willing to listen to offers for a number of key players such as Ruben Neves and Adama Traore, but Neto is claimed to be of a premium value.

How much would be a reasonable price for Neto? Comment your valuation below.

Neto’s five goals and six assists in 31 appearances in the Midlands last season affirmed why he was so coveted before being ruled out since April with a knee injury.

Although he may not be fit until September,

Recently-departed midfielder ‘Gini’ has given Paris-Saint Germain superstar Kylian Mbappe some advice amid long-running links of a transfer to Liverpool.

The 22-year-old’s contract in the French capital expires next summer and a new lucrative deal is not currently in the pipeline.

Having arrived at the Parc des Princes last month, the Dutchman has had his say regarding Mbappe’s potential exit and subsequent switch in the opposite direction.

Speaking to RMC, via Goal, Wijnaldum said: “I’ve been in that position too and most of the time you follow your feelings.”

“I just hope his is go to PSG because the club are doing their best to make this team the best in the world.”