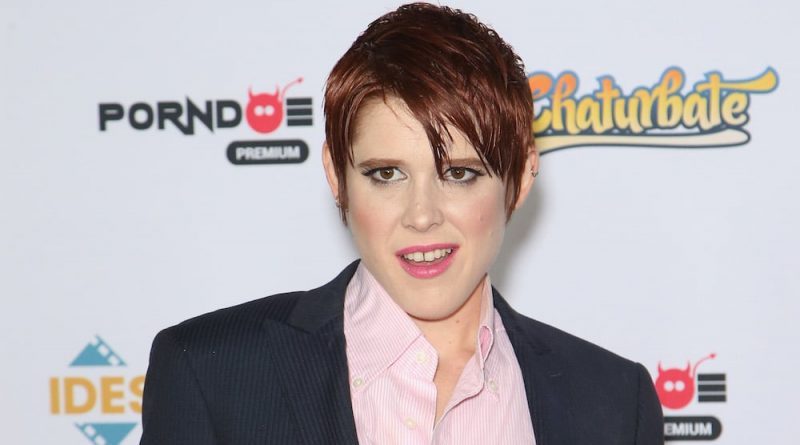 On 26 October, the BBC published an article headlined: “We’re being pressured into sex by some trans women.“

The almost 4,000-word article platforms a multitude of voices insisted that cisgender lesbians are being pressured into sex with trans women.

It have been defended by the BBC as having gone through a “rigorous editorial process”, despite not including a single interview with an opposing viewpoint.

Over the last week or so, since the publication of the BBC article, Cade has begun posting extreme calls to violence against trans women on her blog, as well as sharing the same thoughts on Twitter.

In more than one post, she explicitly called for execution of trans women.

“If you left it up to me, I’d execute every last one of them personally,” she wrote.

“Cancel the ever-living f**k out of this. Cancel this so hard that no man dare walk the path of the trans woman in public ever again! Enough is enough.

In another post, she compared the existence of trans people to the racist “great replacement” conspiracy theory, and added: “If the Arabs did three per cent of what the trans women have done to your people, you would bomb them into the stone age.”

In the same post, she said trans people should be “killed… as is the duty of the man to protect the women and the children from pedophile pervert monsters”, and claims that same-sex marriage “was the fall of Rome”.

Throughout the posts, Cade makes repeated references to the “red pill”, a term derived from The Matrix and commonly used in misogynist, men’s rights and incel forums, which have been linked to extreme violence.

Over the last few years, Cade has faced accusations of sexual assault by multiple women.

She referenced the allegations in one of her blog posts, which read: “If a rapist is someone who is accused in public of sexual misconduct, then I am a rapist.

“So, too, are three of your last four presidents, the men who sit in your halls of power, and the men who make judgments over your laws. So are all of your heroes, and you know it, and you don’t care.

“If a rapist is someone who pays women to have sex that they don’t actually want to have, then I am a goddamn f**king rapist, and your world is run by rapists.”

Lily Cade’s terrifying posts about trans people have shocked and horrified the internet, yet the BBC has remained silent.

The broadcaster is facing widespread calls for the article to be removed, but at the time of writing, it remains live.

as a Black trans woman, Lily Cade calling for the lynching of trans women is twice as disturbing

lynching is distinctively anti-Black violence, so i see no separation

Last week, @BBCNews used Lily Cade as a source for a story about trans women.

Lily Cade has called for the lynching of famous trans women, and the gang rape and hanging of Jazz Jenning’s mother.

The BBC has serious questions to answer over its decision to uncritically platform Lily Cade, who is accused of sexual assault. It must also answer the allegation that the journalist who interviewed Cade was aware of the accusations agains her and gave her a platform anyway.

Not going to share it because it’s not my place as a cis person (see @KatyMontgomerie’s feed if you want to view it), but the truly violent, sickening nature of the transphobic views held by Lily Cade MUST have been known to @BBCNews before they uncritically platformed her.

Hi @BBCNews, you have serious questions to answer over how you used Lily Cade as a corroborating source for a story on trans women, when she has called for the lynching of trans women and the gang rape of a famous trans woman’s mother.

Seriously, the reporter should resign. https://t.co/R4NEIWTcSs