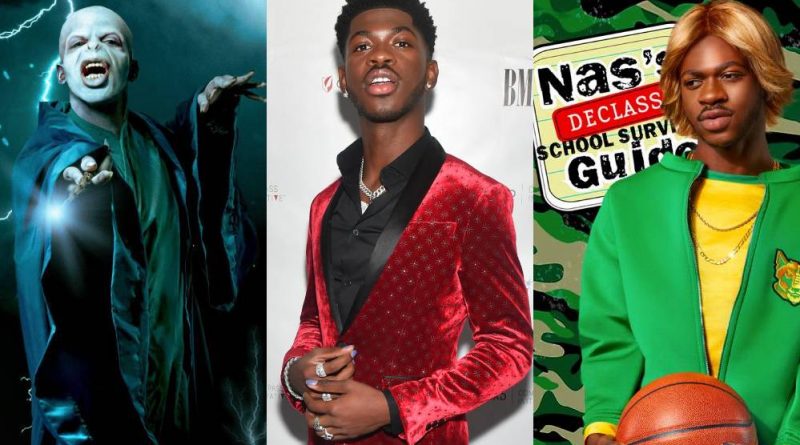 Lil Nas X reigns supreme as the master of all that is Halloween with probably the most memorable costumes of the year.

The Grammy-winning artist embodied the spooky spirit with a terrifyingly accurate Lord Voldemort costume which honestly looked like it was pulled from the Harry Potter films. Nas showed off his amazing transformation in two TikToks that he shared on social media.

Given that the iconic villain has no hair or nose, it’s an impressive transition between Nas’ before and after looks.

he who must be called by your name pic.twitter.com/G5MeIQmTGu

Lil Nas X even added a picture of himself dressed as Voldemort while playing basketball in a corridor on Instagram. How he managed to dribble a basketball without breaking his costume is a mystery.

But of course, Nas couldn’t give us just one look. Oh no, he put his all into Halloween and offered up a second, much less spooky look.

The iconic character is a clueless guy who is the object of Jennifer Ann “Moze” Mosely’s crush early in the show and who can always be seen spinning a basketball on his fingers.

He killed the look with the blonde wig, chains, tracksuit and prop basketball. The king of Halloween even took it a bit further and replaced the “Ned” in the journal guide title on his pictures with “Nas”.

The look was even more perfect considering that Lil Nas X admitted he used to run a Minaj stan account, which he even referenced in his music video for “Sun Goes Down”.