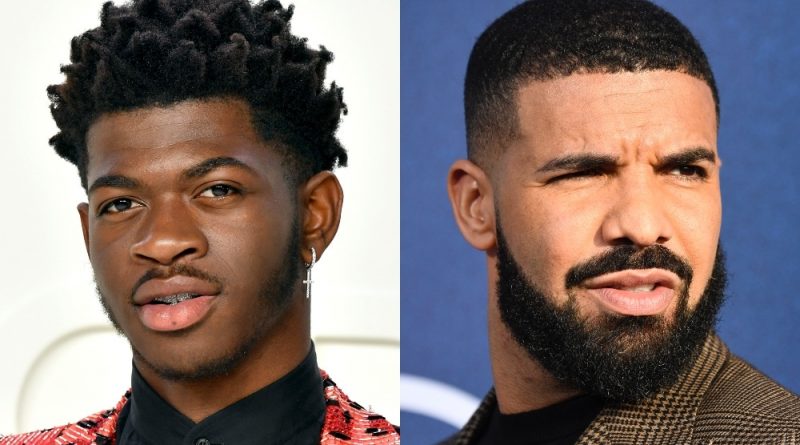 Earlier this week, Drake dropped on Instagram the sleeve cover for his upcoming album, to be released Friday (3 September), which consists of 12 different pregnant woman emojis.

Lil Nas X, 22, slated to release his own album next month, took Drake’s new album as an excuse to deal a cheeky jab against the singer and his fans.

Taking to Twitter, the “Industry Baby” rapper, real name Montero Hill, spoofed how Drake revealed his new album – but with one crucial difference.

“MONTERO, THE ALBUM OUT SEPTEMBER 17, 2021,” the prankster tweeted alongside 12 pregnant man emojis.

And, of course, his more than 6.8 million followers couldn’t get enough.

Hes gonna be the first one streaming pic.twitter.com/HFeoQ1te4x

Lmfaooo This motherfucker is literally the most hilarious person on this website https://t.co/nEEbnEKR5U

This isn’t the first time Lil Nas X has gotten a rise from Drake and his fans. In 2019, he “updated” his fans on how his debut album is going, he said it would be titled “Nothing Was The Same” – exactly the same as Drake’s own 2013 album.

He then parodied the album’s cover, complete with his side profile against a blue sky, which should be framed and hung up in the Lourve, to be honest.

i’ve decide to title the album “nothing was the same” here’s the artwork my team and i worked very hard on pic.twitter.com/AcZoXbzNk3

Things have been looking up for Lil Nas X, who not only has a mysterious but “effortless” new boyfriend but took the backlash he weathered for dropping his blood-injected sneakers into an epic song.

Montero, meanwhile, that album that rivals only Chromatica in how long it’s taken to, is at long last going to be released. It was an album that was a soothing experience for the Grammy-winning singer to make.

Lil Nas X wrote on Twitter that creating Montero “has been therapy for me”, and he’s discovered a lot about himself while working on it.

“I’ve learned to let go of trying to control people’s perception of who I am, what I can do, and where I will be,” Nas wrote on Twitter.

“I’ve realised the only opinion of me that really matters is my own.”