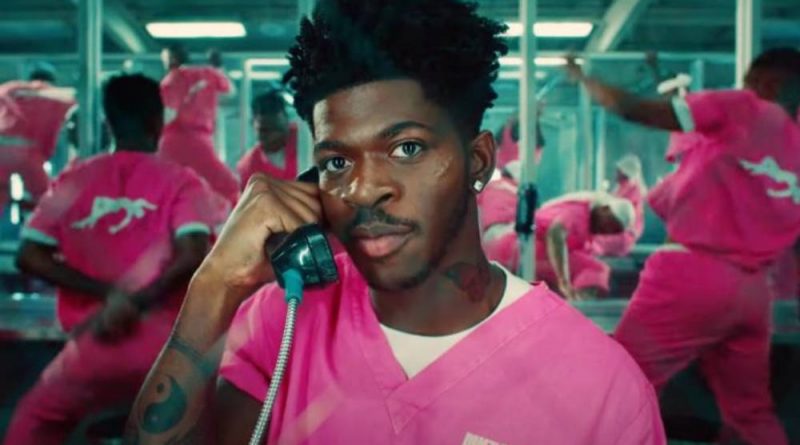 Lil Nas X reigns supreme as the king of music video, dancing naked in a shower room and staging an incredible prison break for his new single “Industry Baby”.

“Industry Baby” is Nas’ third single of 2021, following in the footsteps of the unforgettable “Monterro (Call Me By Your Name)” and “Sun Goes Down”.

The video continues the star’s epic storytelling and holds true to Nas’ tweet that it is “NOT FOR YOUR KIDS”.

He’s then transferred to Montero state prison, where his cell is filled with Grammys and twerking cellmates.

The video cuts to the Lil Nas X and his backup dancers stripping down for a jaw-dropping, steamy dance scene in the prison’s shower room.

As it turns out, Nas has been burrowing his way out of his cell, with his hole cleverly hidden behind a poster of the iconic moment where Lil Nas X kissed his backup dancer at the BET Awards, in the style of The Shawshank Redemption.

When you showed hole, my guy pic.twitter.com/oCp9zwkLEB

“Industry Baby” features a brief cameo from Teen Wolf and Arrow actor Colton Haynes. The actor plays a security guard lusting after Nas’ “Montero (Call Me By Your Name)” video on his phone.

Sexy shower dance scenes and prison breaks aside, Nas’ promise to remain true to himself is reflected in the lyrics to “Industry Baby”.

The star calls out people who “said it was the end” of his fame because “then I went did it again”. He also promises he won’t “run from nothing” even if his haters “get your soldiers”.

In addition to the release of the single and tantalising video, Lil Nas X opened the “Bail X Fund” in partnership with The Bail Project, a non-profit aiming to pay bail for people financially unable to do so for themselves.

Nas said in a statement that music is his way to “fight for liberation” and is his “act of resistance”. But he acknowledged that “true freedom requires real change in how the criminal justice system works”.

He linked his “Industry Baby” music video to a fundraiser for the non-profit which has raised over $11,800 since the video dropped.