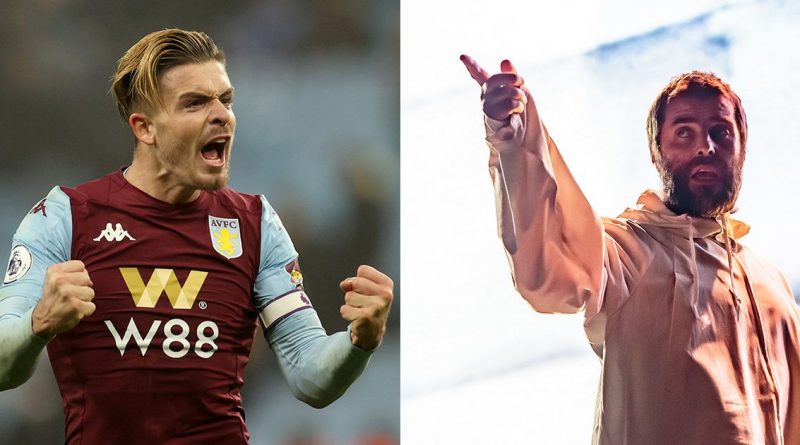 Grealish ‘to have spells on bench’ at Man City

Celebrity Manchester City fan Liam Gallagher has had his say on Jack Grealish’s impending big-money move to the club from Aston Villa.

The England international’s transfer to the Premier League champions looks set to be confirmed in the next few days, with the reported £100m fee making him one of the most expensive players of all time.

Grealish will allegedly earn a staggering £360,000-a-week at the Etihad, and will no doubt relish the challenge of competing for trophies and playing European football after spending his whole career so far with his boyhood team Villa.

Former Oasis star Gallagher has clearly been keeping a close eye on things, and he took to Twitter on Wednesday to express his amazement at the amount of money being spent on Grealish in a typically foul-mouthed manner.

And he also compared the 25-year-old to his Three Lions teammate Phil Foden, who shone for City last season.

Grealish was spotted training with Villa on Wednesday morning but a plane has been chartered to take him to his medical in Manchester.

Villa’s sporting director Johan Lange, CEO Christian Purslow and chairman Nassef Sawiris held talks with Grealish upon his return to training, where it became clear the player was keen to move.

The midlanders have already begun preparing for life without their talisman by signing Emiliano Buendia from Norwich City and Leon Bailey from Bayer Leverkusen for £33million and £30million respectively.

Dean Smith’s side are also said to be targeting Canaries ace Todd Cantwell, who has been touted as a £40million replacement for Grealish.

Gallagher is far from the only high-profile figure to have his say on Grealish, with former City defender Stuart Pearce urging him to stay at Villa.

“I don’t think any player has to move anywhere to reach their potential. That’s an internal thing they have to drive themselves,” Pearce said.

“Jack’s done fantastically well, he’s a part of the England squad at a very young age. He’s done particularly well for Aston Villa over the last couple of years. He’s been key for them.

“If he moves clubs some of it will depend on the offers that arrive and the other is the player’s personal happiness and whether there is a loyalty to play his football.

“Whatever decision he makes I am sure he will talk it through with his family and if there is an option there, the club will put that option to him.”