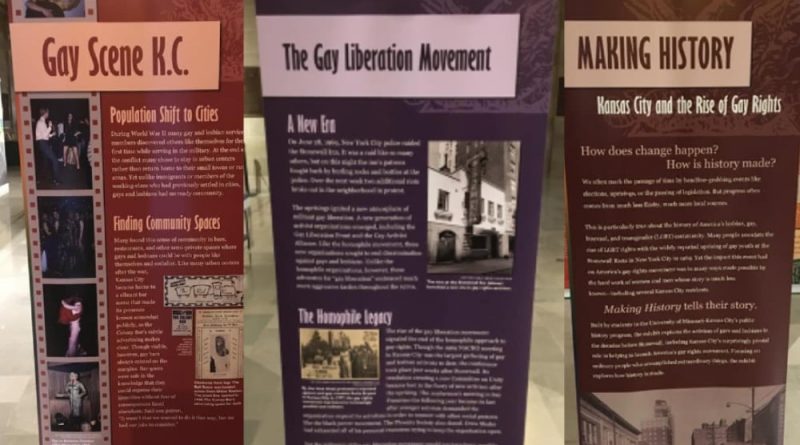 An LGBT+ history exhibit at Missouri’s state Capitol was taken down within just four days after officials received several complaints.

The exhibition, ‘Making History: Kansas City and the Rise of Gay Rights’, was created by students from the University of Missouri-Kansas City and chronicled Kansas City’s role in the LGBT+ rights movement across America.

It was due to remain on display on the first floor of the Missouri State Museum until 26 December, but it disappeared without warning or explanation on Wednesday (1 September).

Democratic state senator Greg Razer, the only out gay member of the Missouri Senate, was appalled by the news.

“There is NOTHING controversial about an exhibit that explains how members of the LGBT community fought to end persecution and demand rights as citizens,” he tweeted on Thursday. “I’m extremely disappointed and angry that Missouri State Parks may think otherwise.”

He added: “One of the most trusted and beloved state agencies felt it was easier for them to bend to bigotry than it was for them to have a backbone for a marginalised group of people. It’s really that simple.”

I‘ve been made aware that @mostateparks removed an exhibit from the Missouri Capitol entitled “Making History: Kansas City and the Rise of Gay Rights” after only four days on display. I’m appalled, personally offended, and I will demand answers immediately. #moleg

The initial complaint apparently came from legislative aide Uriah Stark, who heavily criticised the “in-your-face banners” in a Facebook post on Tuesday.

He asked: “So is there any good reason that our taxpayer funded museum is pushing the LGBT agenda in our state capitol? These are literally in-your-face banners that you can’t walk through the museum without seeing… and they’re scheduled to be there through December.”

The next day Stark celebrated the exhibit’s removal in a follow-up post that thanked legislators Ann Kelley and Brian Seitz for “standing for traditional family values”.

“Thanks to the efforts of several of our great elected officials, the exhibit has been removed from the Missouri State Museum! To God be the glory!” he wrote.

A spokeswoman for the Department of Natural Resources declined to say why the display was taken down, or who made the decision.

But Kelli Jones, communications director for Missouri governor Mike Parson, said the governor initially wasn’t aware the museum was displaying an LGBT+ exhibit and didn’t give his approval.

“Governor Parson’s office became aware of the display after receiving several complaints regarding the display,” she said in a statement to The Hill.

State law requires the department to coordinate with the board of public buildings in regards to displays in the museum, she explained; that process wasn’t followed, so the display was removed.

Senator Razer called this “a poor and misleading excuse,” pointing out that Missouri State Parks hasn’t sought approval from the board for a museum exhibit “in over nine years”.

Minutes from board meetings reveal that the last time a state museum exhibit was discussed in any meetings was back in 2015.

The explanation also came as a surprise to John Cunning, who oversaw the museum operations for more than two decades before he retired in 2018.

“In the 24 years I was involved with the state museum, we didn’t have to go to the governor’s office or to the board of public buildings to get permission to put up an exhibit,” he told Missouri Independent on Friday. “That never happened.”

“We know what happened,” Razer said. “They were trying to keep extremists and homophobes quiet, so they just got rid of the exhibit and hoped no one would notice. Unfortunately for them, we found out about it. And this was the best excuse they could come up with.”