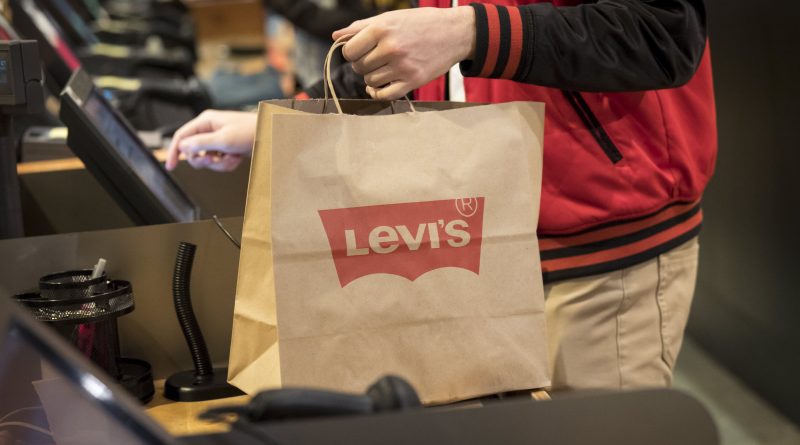 An employee holds a shopping bag while ringing up a customer at the Levi Strauss & Co. flagship store in San Francisco, March 18, 2019.

Levi Strauss & Co. on Thursday agreed to buy the yoga apparel brand Beyond Yoga, launching the jeans maker into the competitive activewear space.

Levi didn’t disclose the size of the all-cash deal, which is expected to close in the fourth quarter.

Levi expects the acquisition will add more than $100 million to its net revenue next fiscal year, and immediately bolster its earnings.

“We’ve been looking at acquisitions for quite some time, and the activewear space has obviously been very, very attractive,” Levi CEO Chip Bergh told CNBC in a phone interview. “We see enormous growth potential here. It puts us as a company smack into the high-growth, high-margin activewear segment.”

Levi shares were up less than 1% in extended trading on the news.

After the transaction is complete, Levi said Beyond Yoga will operate as a standalone division within its business. Co-founder Michelle Wahler will continue to serve as Beyond Yoga CEO, reporting to Bergh.

Levi CFO Harmit Singh commented that Beyond Yoga has more than doubled its revenue while growing profitability over the past three years. The brand, headquartered in Los Angeles, was founded by two women in 2005. Its marketing often echoes messages of body positivity and size inclusivity to younger girls.

Bergh said Levi plans to expand the Beyond Yoga brand outside of the United States and open more bricks-and-mortar stores. The deal should also help Levi grow its women’s business, which accounts for roughly one-third of sales today. The goal is to grow women’s to 50%, Bergh said.

Levi’s acquisition is yet another vote of confidence that an already hot retail sector is growing even hotter, as companies from Kohl’s to Target vie for a sliver of the activewear market.

Big-box chains Dick’s Sporting Goods, Kohl’s and Target have also launched their own activewear offshoots, competing with the likes of Nike, Under Armour and Gap‘s Athleta banner. There are a number of other smaller start-ups in the space, ranging from Outdoor Voices to Nobull to Bandier.

Even as Americans return to the office and to socializing with colleagues, many are still opting for comfortable and casual clothing, including stretchy bottoms and sneakers.

This shifting fashion trend has been coined “workleisure,” a play on athleisure garb that can be worn from a workout class to the coffee shop. It’s fueling further growth in the activewear category.

“As some people start going back to the office, you’re not seeing suits anymore, you’re seeing people go into the office in more casual clothing, even athleisure-type products,” Bergh said. “And it’s a truly global phenomenon.”