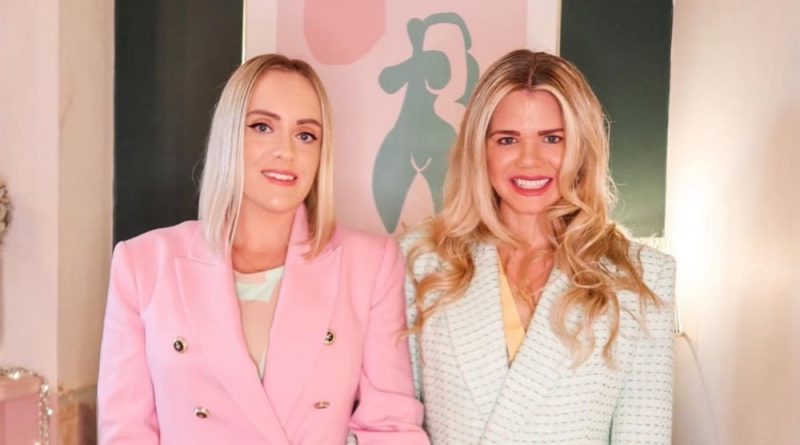 Megan Bacon-Evans (L) and Whitney are to take the National Health Service (NHS) to court over fertility access. (Instagram/whatwegandidnext)

A married lesbian couple has launched a landmark legal test case against Britain’s NHS to ensure that all queer people can start a family.

Social media influencers Megan Bacon-Evans, 34, and her wife Whitney, 33, have accused the NHS fertility sector in England of barring same-sex couples from starting a family based on wealth.

They say they have to pay tens of thousands of pounds to become eligible for NHS-funded in vitro fertilization (IVF), unlike mixed-sex couples.

The couple, known widely to their 210,000 YouTube, TikTok and Twitter followers as Wegan, rocketed to fame as bloggers in 2009. Even featuring on the BBC’s Britain‘s Relationship Secrets documentary and the reality bridal show Say Yes to the Dress.

Bacon-Evans and Whitney, both from Windsor, accused on Sunday (7 November) their clinical commissioning group in Frimley, a town in Surrey, of slapping them with a “gay tax”.

NHS Frimley CCG, according to The Guardian, asks female same-sex couples and single people with wombs to pay 12 intrauterine insemination (IUI) or rounds of IVF treatments to “prove” their medical fertility before becoming eligible to receive subsisted help on the NHS.

Cisgendered mixed-gender couples, meanwhile, must only have tried to conceive for two years before receiving NHS funding.

Campaigning legal firm Leigh Day, backed by Stonewall and the British Pregnancy Advisory Service, filed a judicial review on Monday (8 November) on behalf of the couple claiming prejudice under the 2010 Equality Act, the benchmark of anti-discrimination law in Britain.

If the courts grant them permission, the case could be heard as early as January next year in the high court’s administrative division.

The couple has set up a £10,000 fundraiser to cover potential legal fees in a fight, they say, that could change fertility coverage for LGBT+ and straight patients alike.

“We’re doing this for every LGBT+ couple who had to give up on their hopes and dreams of creating a family,” said Bacon-Evans in a statement to The Guardian. “It’s time for discrimination to end and for there to be equal treatment with heterosexual couples in the healthcare system.”

“This is something that has the possibility to make REAL change for everyone,” the couple wrote jointly on Instagram, who added they are “shocked and devastated to discover the discrimination that lesbian couples, bisexual women and individuals with wombs face in starting their family”.

It’s the latest pursuit for fertility equality in Britain, a movement that envisions a future where the ability to start a family is no longer determined by a person’s sexuality, gender, biology or wealth.

According to research from the British Pregnancy Advisory Service, NHS-funded fertility treatment for female same-sex couples is riddled with towering financial barriers.

Fertility services in Scotland, Wales and Northern Ireland are commissioned at a national level, whereas in England, patients face a patchwork postcode lottery, researchers found.

Whether a patient will be able to afford IVF will depend wildly on what their local clinical commissioning group is. Each group, which plans and commissioned services for their local areas, may fund IVF differently.

For the most part, NHS-funded care for mixed-sex couples is given once they demonstrate they have tried to conceive for two years. Female same-sex couples, however, must establish their so-called “fertility status” by self-funding rounds of artificial insemination privately.

Bacon-Evans and Whitney say they have spent more than £8,000 on donor sperm and mandatory pre-insemination tests. While one couple told PinkNews how they have paid in excess of £40,000 to have three children.

“To have all the barriers to parenthood, finances, family not supporting, friends not supporting, employers not supporting, healthcare professionals don’t understand you,” she added, “all these different things, chuck it all into a pot and then try to have a baby in between that and start a family.

“There are so many barriers and so many implications that can really impact people’s journeys.”