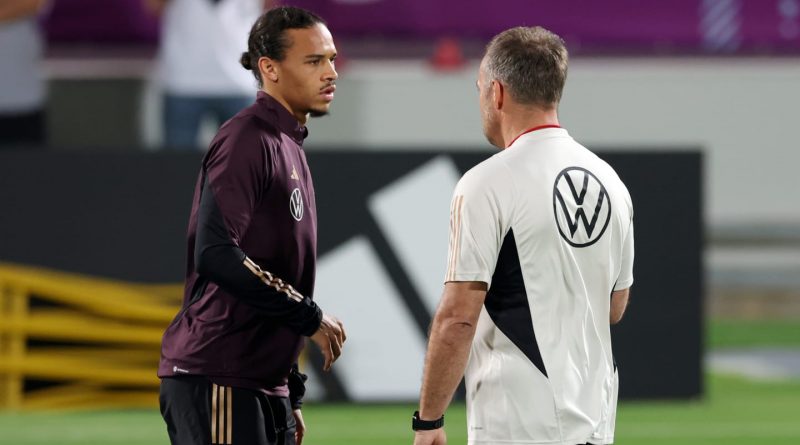 
Germany have confirmed that Bayern Munich winger Leroy Sane will not feature in the World Cup opener against Japan on Wednesday.

Sane missed training on Tuesday morning with a knee injury and the German national team have since confirmed that he will play no part in the Japan game as a result.

The 26-year-old is normally a key part of Hansi Flick’s lineup but the manager will now have to look elsewhere for firepower out wide. Sane is the only natural left winger in the squad but Bayern Munich teammate Jamal Musiala has plenty of experience there and may be drafted in as a result.

Other wide options in Flick’s squad are Serge Gnabry, Jonas Hofmann and even Thomas Muller, the latter of whom is more of a central forward but comes with plenty of experience playing out wide.

Sane’s absence comes as a blow to his numerous suitors, who have enquired about signing him from Bayern in the coming weeks.

At club level, Sane made just 22 Bundesliga starts last season and has eight to his name this time around, which 90min understands had prompted suitors like Arsenal to enquire about his availability for a transfer.

However, Bayern remain adamant that Sane is not for sale and have no plans to do business over the Germany international once he returns from the World Cup.