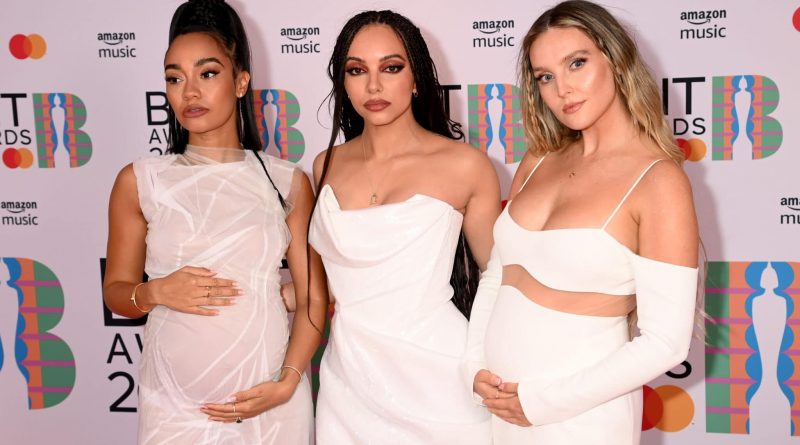 Leigh-Anne Pinnock gave an emotional speech defending her “character” days after she was criticised by Nicki Minaj.

The singer, who recently gave birth to twins, broke down in tears as she told guests at her 30th birthday party Saturday (16 October) that she is “so proud” of everything she has achieved and has now “found her voice”.

The comments appeared to refer to her apparent fallout with former Little Mix bandmate Jesy Nelson, as well as Nicki Minaj’s recent attack on her.

“I’m so proud of everything I’ve achieved. The most beautiful fiancé, who I’m still obsessed with even after five years. I love you. And the two most beautiful, perfect babies. Everything I stand for, everything I’m fighting for, it’s for them [the twins].

“I will never stop. I have found my voice now and I will continue to use it. Tonight we celebrate life, best friends and amazing family. I love you all.”

Pinnock’s fiancé, Gray, intervened after the singer became tearful, stating that anyone who disrespects his wife-to-be would have ‘a problem’ with him.

“You can put this on Instagram or whatever and if you’ve anything to say, come and find me,” said the Watford footballer.

“If you’re going to try and disrespect my baby mother, my wife, my fiancée and my children, there’s gonna be a problem. That’s how it is. All I want to do is support you three. Everyone in here knows their names. When they grow up, I hope they’re just like you.”

During the party Pinnock wore a burgundy velvet catsuit from designer Laquan Smith and was serenaded with a rendition of happy birthday. Guests, including Sugababes star Keisha Buchanan, cheered their support for the couple following the speeches.

Pinnock’s former Little Mix bandmate Jesy Nelson has been the subject of widespread criticism following the release of her debut solo single, “Boyz”.

The song and its video sparked a furore with the singer widely accused of ‘blackfishing’, a term coined to describe someone who changes their appearance to appear Black or “racially ambiguous”, using make-up to appear darker and appropriating elements of Black culture.

The controversy escalated when leaked messages – allegedly from Pinnock to influencer NoHun – appeared to show the singer referring to the blackfishing scandal and calling Nelson a ‘horrible person’. Pinnock has not commented directly on the messages, and their veracity has not been confirmed.

Nelson then took part in an Instagram live stream with “Boyz” collaborator Nicki Minaj, who made comments seemingly targeting Pinnock.

“Take them text messages and shove it up your f***ing ass,” said the US rapper, before adding: “When you do clown shit I got to treat you and talk to you like you a clown.” Nelson did not speak during the Instagram live but laughed in response to some of Minaj’s comments.

Following a backlash from Little Mix fans, Minaj then tweeted: “JeLeigh btchs actin real messy. ~ if you know someone has been suicidal from bullying in the past, why try to get a bunch of ppl to bully them again.”

Nelson left Little Mix in December 2020, explaining that being in the band was having too great an impact on her mental health.