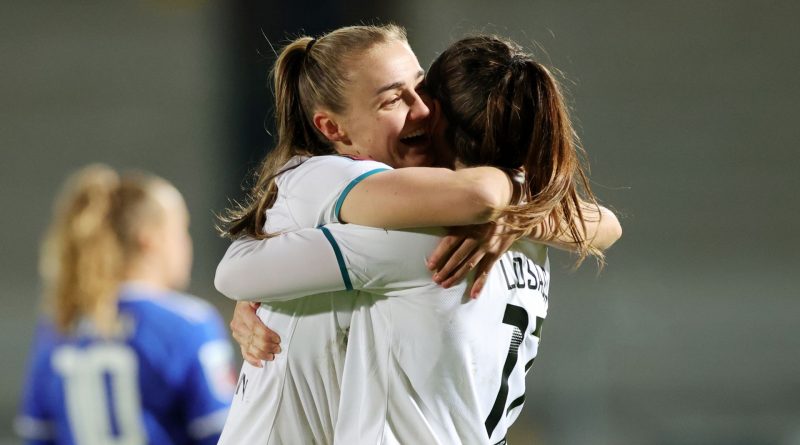 Manchester City booked their place in the Continental Cup knockouts with a 5-0 thrashing of Leicester City.

Vicky Losada’s fine fifth capped the big win, which ensured Man City won Group B North and set up a quarter-final with Bristol City on Wednesday or Thursday next week.

City – who were battling with Leicester and Charlton for a place in the last eight – were dominant from the first whistle, with Stanway, Losada going close before Jess Park picked out White to open the scoring on eight minutes.

Park picked up another assist when Hemp headed in Man City’s second before completing her own personal treble when she teed up Stanway to finish with a low shot.

With the contest effectively over 16 minutes in, Man City didn’t let up, with Park and White seeing efforts saved before Hemp nodded home again just after the half-hour.

Khiara Keating was cruising to a clean sheet on her senior debut in Man City’s goal – but the action didn’t stop in at the other end.

Two minutes after half-time Man City were five clear, with Losada scoring the pick of the night’s goals with a brilliant chip from 30 yards.

Man City maintained their control through the second period and can now look forward to a knockout clash with Bristol City in midweek.