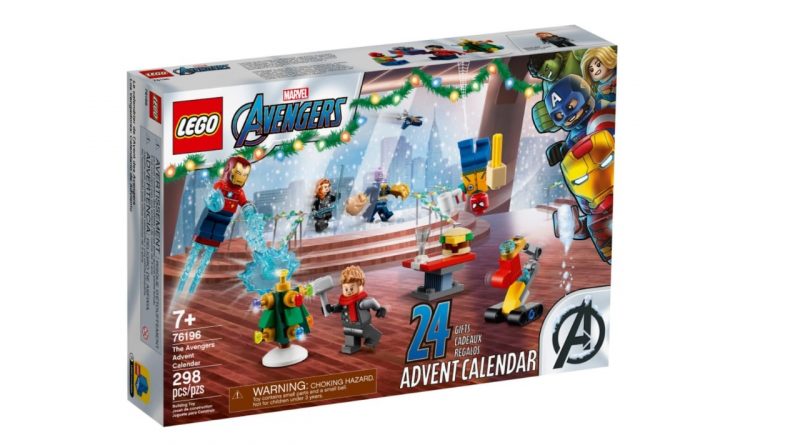 Lego fans, it’s time to geek out, because you can get your hands on advent calendars featuring festive mini figures.

It might be a little early to be thinking of Christmas 2021 but there aren’t that many sleeps left until the big day.

Even the queen of Christmas herself, Mariah Carey, recently announced a festive box which fans can pre-order ahead of its release later this year.

So if Mariah says it’s time to get ready for Christmas season – then it’s time – and Lego are the latest to get involved.

The brand is releasing a number of special edition advent calendars themed around some of its most popular play sets.

They’re getting a release date of 1 September in both the UK and US on the Lego website, so you might to make sure you bag them before they sell out.

This year’s festive sets for counting down the days before Christmas include Marvel’s Avengers, Star Wars and classic Lego characters.

Here are all the sets you can get your hands on for Christmas 2021.

This Marvel calendar features seven minifigures with Iron Man, Spider-Man, Black Widow, Thor, Captain Marvel, Thanos and Nick Fury included. There are 298 pieces altogether so you can build the likes of the Quinjet, Helicarrier, a Spider-Man drone and Avengers Tower, plus you can put Iron Man in a Christmas sweater. Lego is also teasing an “awesome surprise” behind Door 24 which is “one of the most powerful objects in the universe”. To get the Lego Marvel Avengers advent calendar head to lego.com.

This year’s Star Wars advent calendar is Mandalorian-themed and it includes Baby Yoda, who’s dressed in a Christmas sweater – what more do you want?! There are 335 pieces in this one including buildable minis of The Razor Crest, TIE Fighter, a Stormtrooper and more. To get this set head to lego.com.

The Lego Harry Potter advent calendar for 2021 features minifigures of Harry, Ron, Hermione, Draco, Dudley Dursley and Griphook. There are 274 pieces in total, including accessories from the films and a spinner inside the last door which can be used to play a board game printed on the calendar’s box. To buy this advent calendar head to lego.com.

This year’s Lego City advent calendar includes minifigures from the Nickelodeon series Lego City Adventures with Top Hat Tom, Bob, Betty, Sam Grizzled, Shirley Keeper and Fendrich available alongside festive-themed miniature builds so you can create a Christmas town throughout December. To get your hands on this set head to lego.com.

This set features five Lego friends – Andrea, Emma, Mia, Olivia and Stephanie, who live in Heartlake City. The 370-piece advent calendar includes buildable sleighs, a fireplace and Christmas tree. If you were thinking we meant the US sitcom Friends, then it’s not that one but you can also get a Central Perk set based on the popular series. To get the Lego Friends advent calendar head to lego.com.

The Lego website also features festive themed sets including the Elf Club House and Gingerbread House for £84.99 each, which are ‘hard to find’ elsewhere.