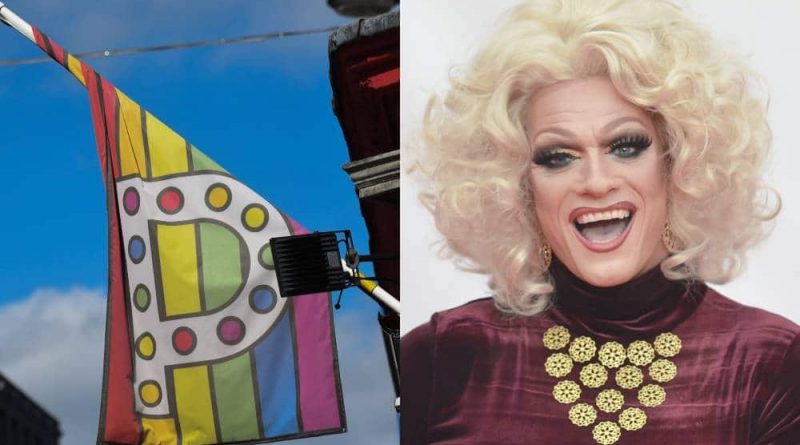 Drag icon Panti Bliss says her popular Dublin gay bar, the Pantibar, has been targeted by vile anti-LGBT+ hate online in the wake of the pandemic. (Getty/Artur Widak/NurPhoto)

A legendary gay bar in Dublin become the target of a disgusting hate campaign for trying to protect its staff from COVID-19.

Pantibar, owned by drag “queen of Ireland” Panti Bliss, announced on social media it would not reopen indoor service until most of its young staff had been vaccinated against COVID-19. The move also applies to Pantibar’s sister location Pennylane.

Panti Bliss told PinkNews that the decision to look after her staff’s wellbeing has triggered backlash from vile far-right and anti-LGBT+ social media trolls.

One anonymous account, which appears to have since been deleted, called on followers to “trash” the gay bar on Saturday (7 August). “Pedo scum off our streets,” read its bio.

The troll wrongly claimed that Panti was “forcing” her young staff to “get a jab or lose their jobs”, before veering into outright homophobia by claiming the “rainbow flag is about legalising sex with children”.

If you could report this account for me I’d appreciate it thanks pic.twitter.com/g5tj5hyj9G

Pantibar staff aren’t being forced to get vaccinated

Panti “wasn’t that surprised” by the hate. She shared the threats on Twitter and with police, noting the account appeared to be solely dedicated to organising “a physical attack on the bar”.

She added that the “far-right, anti-queer, anti-trans and anti-everything brigade” have used the pandemic “as a cover to organise”.

“In our case, with the bar, the attacks really ramped up when they decided to do vaccine passport stuff,” Panti explained.

In Ireland, bars and restaurants were permitted to reopen for indoor service on 26 July, but only to serve customers who are vaccinated or who have recovered from COVID-19 in the past six months.

In Pantibar’s case, all customers are required to sit outdoors for the time being.

Panti clarified she is not forcing staff to get vaccinated, explaining that the reopening delay simply gives them time to do so if they wish to gain protection from the virus, which has killed 5,000 in Ireland.

“We never hired any conspiracy theorists so they were all delighted to get vaccinated,” she added.

Despite this, the bar has received multiple “one-star reviews on Google and Facebook” from people who have “never darkened the door of Pantibar and never intended to darken the door”.

“They’re all like ‘oh horrible establishment, I’ll take my business elsewhere’,” Panti said. “And I’m like ‘great, please you need to do’ and also laughing at the idea that the gays are looking at Google reviews before going to their local gay bar.”

The latest threats come just weeks after vandals spray painted “pedo bar” on a neighbouring building, with a big arrow pointing to Pantibar. Panti said such bigotry has been “ramping up lately” under the cover of “anti-vax” and “anti-lockdown” rhetoric.

Despite it all, Panti remains positive and has faith in the local community. Her businesses have been open for several weeks now and are so popular that the crowds “take over the whole street”.

“It’s like a mini Pride every weekend, you have hundreds and hundreds of people out there,” Panti said. “So I strongly doubt anything’s going to happen because they’ll be absolutely outnumbered by the hundreds of gays there.”