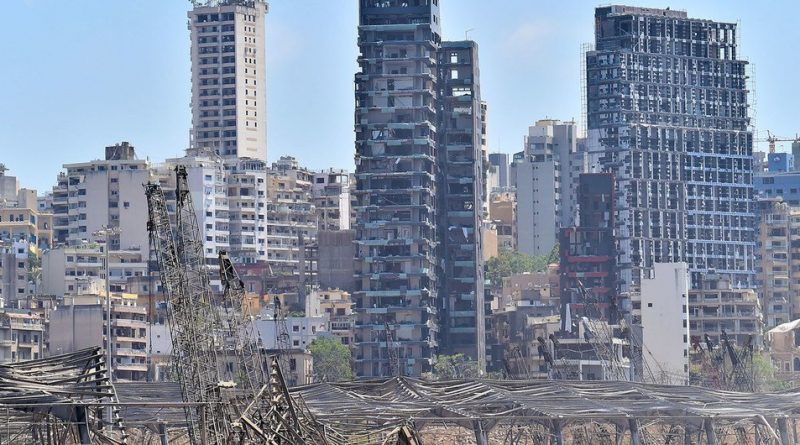 
The 2022 Lebanon Crisis Response Plan (LCRP) aims to deliver critical assistance to more than three million people as vulnerabilities rise, and to support public infrastructure, services, and the local economy.

The plan takes an integrated approach to addressing the needs of both Syrians and Palestinian refugees uprooted by the conflict, now in its 11th year, and Lebanese communities hosting them.

Najat Rochdi, UN Resident and Humanitarian Coordinator in Lebanon, reported that nine out of 10 Syrians in the country are living in poverty, while poverty levels have also risen substantially for Lebanese citizens, migrants and Palestinian refugees.

“These circumstances are driving negative coping mechanisms, as families are forced to send their children to work instead of school, skip meals or incur debt. It is important that municipalities are supported to keep basic services running amid massive capacity gaps,” she said.

Ms. Rochdi was speaking alongside Lebanon’s Prime Minister, Najib Mikati, and Minister for Social Affairs, Hector Hajjar, at the plan’s launch in the capital, Beirut.

Lebanon, which has an overall population of approximately 6.7 million, remains the country hosting the largest number of refugees per capita and per square kilometre, according to the UN refugee agency, UNHCR.

“Lebanon has been hosting displaced Syrians now for more than 11 years.  As resources are further stretched by the economic crisis, increased support to the displaced and for the Lebanese host communities, remain a top priority for the Government of Lebanon and its partners,” said Mr. Hajjar.

“We urge you to stand by Lebanon, its people and government, and by the displaced to respond to their urgent needs, and work together to overcome obstacles to their safe return to their homeland.”

The LCRP brings together more than 126 humanitarian partners to assist 3.2 million people in the country this year.  The aim is to provide support to 1.5 million Lebanese, 1.5 million displaced Syrians, and more than 209,000 Palestinian refugees.

It complements other internationally-supported humanitarian and development initiatives in Lebanon, such as the Reform, Recovery and Reconstruction Plan launched in the wake of the deadly and devastating Beirut port explosions in August 2020.

People across the country are falling deeper into poverty this year due to currency depreciation, high inflation, rising prices and loss of income.

Gaps in supply chains including for fuel, wheat and electricity, continue to affect LCRP partners, who are also facing increased pressure from local authorities and communities to provide assistance amid escalating needs.

The Lebanese government has pledged to scale up the number of local families benefiting from regular cash-based assistance under the National Poverty Targeting Programme, which is led by the authorities and funded by donors under the LCRP.  The goal is to go from 36,000 families to 75,000 over the next two months.

The Government has also endorsed a national strategy to enhance social protection for the most vulnerable groups in Lebanon.

Outside of the LCRP, national authorities have also committed to implementing the Emergency Social Safety Net programme, funded by a loan from the World Bank.

The programme has provided monthly cash assistance to approximately 60,000 of the poorest Lebanese families for a period of one year, and the aim is to reach 150,000 families overall.

Humanitarians report that the $9 billion in assistance provided through the LCRP since 2015 has shown tangible results in Lebanon, for the host population and displaced persons.

Additionally, more than $375 million was injected into the economy through cash-based interventions supporting vulnerable Syrian, Lebanese, and Palestinian families. Some 2.1 million people from these communities also received cash-based and in-kind food assistance, a 45 per cent increase compared to 2020.

In a further announcement on Monday, the UN and Lebanon have signed an agreement to boost cooperation in key areas and achieve sustainable development.

The “partnership compact” aims to ensure coordinated and coherent support to the Lebanese Parliament in achieving key reform priorities, with the technical support of the UN Country Team (UNCT) in Lebanon.

The agreement was signed by Lebanese Speaker of Parliament, Nabih Berri, and Ms. Rochdi, the UN Resident and Humanitarian Coordinator in the country.

Both officials welcomed progress made in strengthening the existing cooperation between the UNCT and the Lebanese Parliament.  They also stressed the importance of fostering and institutionalizing this partnership, and scaling up joint efforts in instituting reforms.