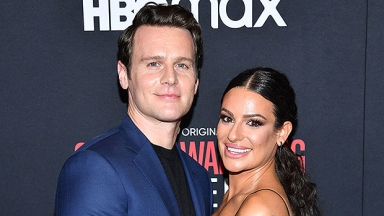 
Lea Michele responded to the rumors she’s illiterate once again — but this time with a dash of humor. A day after she joined TikTok, the Glee alum, who is living her best life currently playing Fanny Brice on Broadway’s Funny Girl, took to the platform to share a hilarious clip of herself mocking the bizarre speculation that she can’t read or write.

In the video, Lea lip syncs a famous Kim Kardashian sound bite from on an old episode of Keeping Up with the Kardashians, where the makeup mogul tries to keep positive while visibly upset on vacation. “It’s amazing… but wait, can you talk for a sec?” the actress reenacts for the camera. Lea takes aim at the illiteracy rumors by captioning the TikTok, “Calling Jonathan to read me the comments on my first TikTok,” which appears to be a reference to her BFF Jonathan Groff.

Earlier in the week, Lea responded to the rumors in an interview with the New York Times. While Lea insisted she feared responding to the gossip will only fuel the fire, the actress did want to address the outrageous claim outright. “I went to ‘Glee’ every single day; I knew my lines every single day,” she told the outlet. “And then there’s a rumor online that I can’t read or write? It’s sad. It really is. I think often if I were a man, a lot of this wouldn’t be the case.”

As for the part of Fanny Brice in Funny Girl – a once-in-a-lifetime role – Lea can’t help but be ecstatic about it. Her first performance earned the actress a whopping 7 standing ovations! “I want to say thank you whole heartedly for the support following my first performance on the Broadway stage as Fanny Brice,” Lea wrote on social media at the time. And in July, ahead of the first curtain call, she shared a sweet snap of herself standing in front of the show’s marquee at the August Wilson Theatre in New York City. Lea captioned the photo, “A dream come true.”