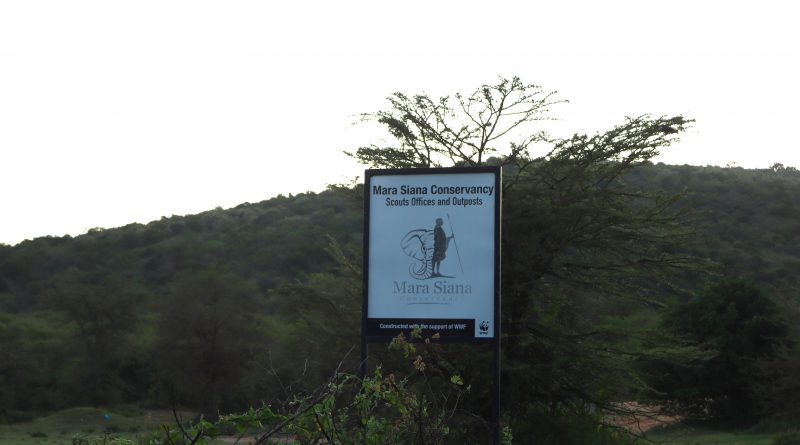 Nairobi, Nov 02 (IPS) – When Mara Siana Conservancy came into operation in 2016, there was a single zebra and a topi (antelope) in the valley just outside the Maasai Mara National Reserve in Kenya. The valley was also host to fewer than 150 elephants and 200 buffalos.

The elephant population is now well over 300 individuals, and buffalos number more than 400. The zebra and topi numbers have expanded to a sizeable population too. The same goes for lions – the number of prides has increased to five from one. A single pride can comprise between 10-30 individual animals.

“And now we are seeing the emergence of wild dogs which has not been there for the entire Mara ecosystem,” says Samson Lenjirr, a WWF sub-landscape coordinator in charge of the Southern Kenya and Northern Tanzania programme.

A pack of about 20 wild dogs was sighted in the ecosystem in March of 2021.

Before the conservancy’s establishment, the area was just a campsite for herders. There was, therefore, little room for wild animals to roam in, leading to the area’s ecosystem degradation over time due to overgrazing and overstocking.

However, following the creation of the conservancy, a land use regime was put in place, “which introduced what is known as ‘grand grazing,’ where the conservancy is opened for grazing only four times a year,” explains Evans Sitati, the Mara Siana Conservancy manager.

In other words, the community can graze their livestock in the conservancy in January when the tourist season is low and when pasture is usually scarce in the surrounding areas due to the dry spell.

The Mara Siana Conservancy serves yet another essential purpose for specific animal species. It becomes a haven for elephants during the wildebeest migration in the Maasai Mara National Reserve.

“Elephants don’t like mixing with the wildebeest, given their sheer numbers and the noise they generate, so they move into the conservancy,” explains Sitati.

Lions escape into the conservancy during the wet season when the grass is tall. These big cats prefer shorter, drier grass that does not impede their hunting.

The success of this model stems from its heavy community involvement. Each community member contributed 6.5 acres to set up the conservancy under a lease agreement.

This means the community is left with 35 acres outside the conservancy, where they live and graze their livestock.

“We are getting a small percentage of earnings made by the conservancy every year,” says Abraham Sakoi, one of the l,500 land donors, adding that students from the community have benefited from bursaries offered by the conservancy.

Also, the two lodge camps – the Entumoto Safari Camp and Spirit of the Maasai Mara – are paying leases of up to 6 million Kenya shillings (USD 50,000) annually, benefitting between 8,000 and 10,000 people. The entire lease for Siana Conservancy amounts to Kenya shillings 35 million ( USD 290,000), also supported by the WWF.

The arrangement is such that out of the accommodation fee paid by foreigners in these lodges, $20 per night goes into the conservancy kitty. Kenyan citizens are charged just under $2.

The Mara Siana Conservancy is an excellent example of a community-management model that is not only restoring biodiversity in a once-degraded ecosystem but is economically empowering the community in the process.

Whereas biodiversity loss has come into sharp focus in recent years, the way of going about reversing this trend remains a moot point. Indeed, countries seem unable to agree on a global biodiversity plan.

The Global Biodiversity Framework (a 2030 action plan for nature) in Geneva in March and later in Nairobi stalled on the finance issue. These issues will take center stage at the 15th Conference of the Parties (COP 15) to the Convention on Biological Diversity talks scheduled to take place in Montreal, Canada, between 5-17 December.