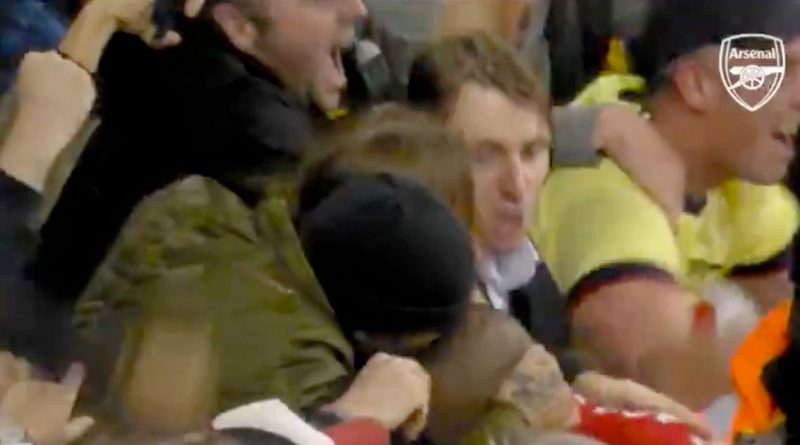 
Alexandre Lacazette salvaged a point for Arsenal on Monday as his goal deep into injury time levelled the game at 2-2, and his incredible connection with the fans speaks volumes

Alexandre Lacazette was Arsenal’s hero on Monday as the Frenchman came off the bench and scored a last-minute equaliser to avoid defeat to Crystal Palace.

Arsenal took the lead inside ten minutes thanks to a fine Pierre-Emerick Aubameyang strike, but Palace grew back into the game and led after a dominant second-half performance.

Lacazette has been pretty absent for Arsenal so far this season, but came on in inspired form and boosted the home crowd significantly, and sparked wild celebrations with his leveller deep into injury time.

The Frenchman has made a major statement which could see him start against Aston Villa on Friday, and although Arsenal only picked up one point against Palace, the manner of which they won it could be “important” for Mikel Arteta’s side.

When Lacazette was introduced, he won an early corner and fired up the Arsenal crowd, before celebrating with the Gunners supporters upon equalising, and Jamie Carragher spoke about the importance of this moment for Arteta during Monday Night Football.

Carragher said: “It is important, as it keeps the unbeaten run going. It’s not still not a great result for Arsenal. But I think sometimes when you score a last minute goal, I won’t feel like three points, but it’s more than just a point because of the way you get the result.

“Even though they didn’t play well Arsenal, there was an energy about them in the first 20 minutes, and then when Lacazette came on, there was actually something as soon as he came on. He won a corner and was lifting the crowd up. Trying to get it going.

Should Alexandre Lacazette start for Arsenal in their next game? Comment below

“And you see the reaction when the equalising goal went in. Sometimes even though it’s not a great result, it’s only a point, sometimes the feeling going into the dressing room and the training room, and the reactions of the players to the goal going in, you feel like there is something there.”

Lacazette commented after the game about his impact when coming off the bench, and told Sky Sports: “I wanted to bring a bit of energy to the team.

“We know when the fans in the stadium are alive and with us, it makes it hard for the opponent. Maybe because of the way we were playing at that moment, they were a bit sleepy, so I wanted to just bring some energy that I know they like, and to change the game.

“It’s never easy to be on the bench, you always want to play and bring something to the team. This is what I tried to do. We saw it in the derby. We need to give them what they want and in return they’re going to support us.”

Lacazette will be hoping he has done enough to earn a starting role for Arsenal’s clash with Aston Villa on Friday, as Arteta looks to continue his recent unbeaten run.