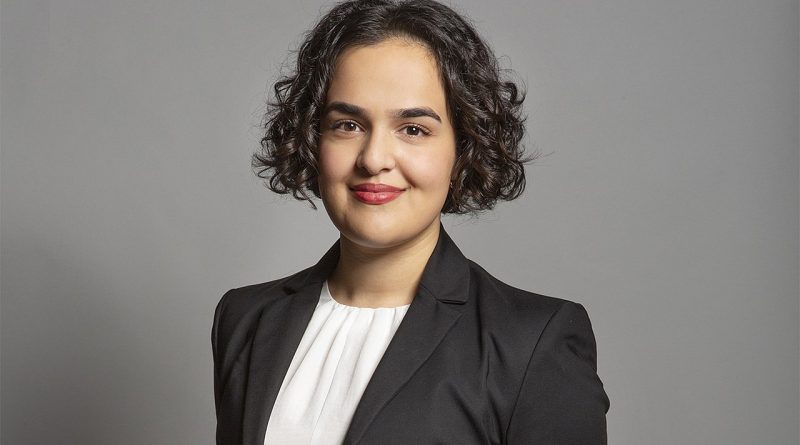 For Trans Awareness Week, Labour MP Nadia Whittome throws down the gauntlet for cisgender lesbian, gay and bisexual folk to stand with their trans siblings in the fight for true liberation.

People of different genders and sexualities within the LGBTQ+ umbrella have organised together since the inception of our movement, because we have long recognised that we face similar challenges and discrimination, and our mutual liberation depends on fighting together in a shared struggle. It’s a basic principle of solidarity.

Trans women of colour Marsha P Johnson and Sylvia Rivera were prominent participants in the Stonewall riots and the movement that followed, for example. They founded the organisation STAR (Street Transvestite Action Revolutionaries), which provided housing for homeless trans and gay youth and campaigned against everything from incarceration to job discrimination and street harassment. They fought for free education, healthcare, food and social services for all oppressed peoples.

The LGBTQ+ movement has not always shown the same solidarity to its trans members as they have extended to others. Trans activists have historically had to fight for their specific demands and concerns to be platformed by many LGBTQ+ groups. Just a few years ago, Stonewall, the largest and oldest LGBTQ+ organisation in Europe, recognised this, apologised and promised to do better. This was a landmark moment for our movement and represented an important step forward.

Activists, through their collective efforts, won the rights we have today. However, two big problems remain: 1) these rights benefit people of some identities (such as cisgender people, white people and men) more than others; and 2) regressive, powerful forces are constantly trying to undo decades of progress, or even worse – actively separate cisgender lesbian, gay and bisexual people from our trans siblings.

In 2019, the LGB Alliance was set up – a group which campaigns against trans rights to the supposed benefit of LGB people. Despite claiming to be progressive, they have links with the conservative right – the very people who have been central to denying us rights for so long.

Allyship isn’t an act of charity.

Allyship isn’t an act of charity: it’s not only the right thing, but it’s in everyone’s individual and collective interests too. Many of the material conditions that shape trans people’s lives also have an impact on the rest of us.

An underfunded healthcare system, something which trans people are often at the sharp end of, puts all of us in danger. All women, including trans women, face misogyny, inequality, violence and abuse. The whole LGBTQ+ community faces hate crimes, LGBT-phobic attitudes and legal discrimination. And none of us have it good enough in an economic system that is rigged for the super-wealthy.

We need to move the conversation on from whether trans people have a right to basic equality and inclusion, to advancing their demands for material change. While the media obsesses over bathrooms and pronouns, trans people are waiting more than three years for their first appointment at a gender identity clinic,  have been the victim of a hate crime in the last year and one in three employers openly admit that they would not hire a trans person.

It is the responsibility of allies to keep amplifying the urgent policy demands that trans people are calling for – such as more and better healthcare services, fewer barriers to accessing vital affirming treatment, better support for trans victims of crime and making workplaces trans-inclusive.

Paraphrasing the inimitable Shon Faye, I want to live in a society where LGBTQ+ people (and all people) are liberated, not just equal. That means fundamentally transforming the entire system so that we are all able to live free, comfortable and fulfilling lives.

This is the conversation we should be having, but instead we’re still arguing for basic equality and dignity – and in some cases having to defend progress already won.

This Trans Awareness Week, let’s remember the contribution of trans activists to our struggle, reject the attempts to divide us, and resolve to fight shoulder to shoulder with our trans siblings for a better life for us all.