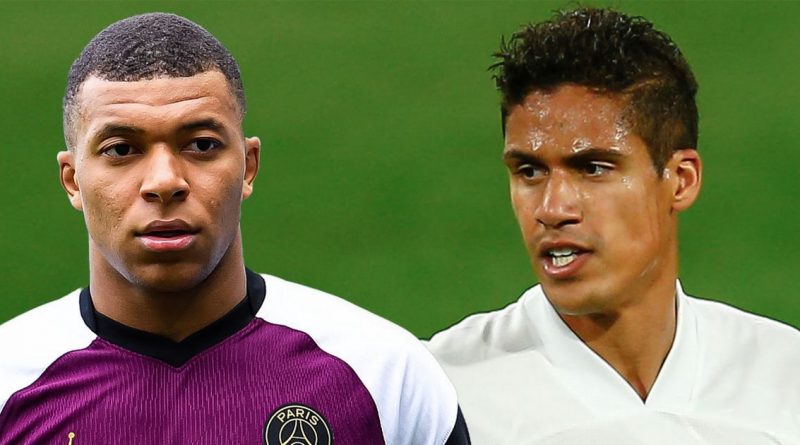 Raphael Varane’s imminent move from Real Madrid to Manchester United could have big implications for the future of Paris Saint-Germain star Kylian Mbappe.

The Red Devils announced on Tuesday evening that they have reached an agreement with Los Blancos to sign long-term target Varane, with the centre-back expected to be unveiled next week once he has passed a medical.

It is a departure which has not gone down with Madrid supporters, who are devastated to be losing a defender of the quality of Varane – a player who has been a hugely important figure at the Bernabeu since he arrived from Lens in 2011.

However, it is believed that allowing the French international to move on is part of Madrid’s plan to eventually bring his international teammate Mbappe to the club.

The La Liga giants are known to be long-term admirers of the 22-year-old, who has formed a reputation as one of the most feared forwards in the world in recent years.

Their president Florentino Perez’s dream is to make Mbappe a Madrid player in the near future – but in order to do that he knows he has to sell certain members of the squad and get some of the highest earners off the wage bill.

Varane was reportedly on around £150,000-a-week at Madrid, and saving that money along with earning a transfer fee of around £40m was seen as smart business by the powers-that-be at the club considering that he could have left for free next year.

Madrid have already let talismanic captain Sergio Ramos go, who was one of their highest earners on a staggering £312,000-per-week, while Gareth Bale’s lucrative contract expires at the end of next season and the likes of Eden Hazard and Karim Benzema could also be moved on by then too.

And according to The Athletic Madrid hope that this will allow space for Mbappe to join ahead of the 2022-23 campaign.

The player himself is thought to be extremely interested in the prospect of a switch to Spain, and the fact he is yet to sign a new contract at PSG suggests that he is ready to jump ship next summer when his deal expires.

He will no doubt demand astronomical wages, however, and thus Madrid’s only hope of being able to afford them is to have something of a clear-out.

Nevertheless, Varane will be hugely missed, and the club took the unusual step of releasing a somewhat emotional tribute as they announced his sale.

It read: ” Real Madrid C. F. and Manchester United FC have agreed to the transfer of player Raphael Varane.

“Our club thanks him for his professionalism and exemplary behaviour during the ten seasons in which he has defended our shirt, with which he has won 18 titles: four Champions Leagues, four Club World Cups, three European Super Cups, three Leagues, one King’s Cup and three Spanish Super Cups.

“Real Madrid wants to show all its affection to Raphael Varane and his family and wishes him good luck in this new stage of his professional career.”