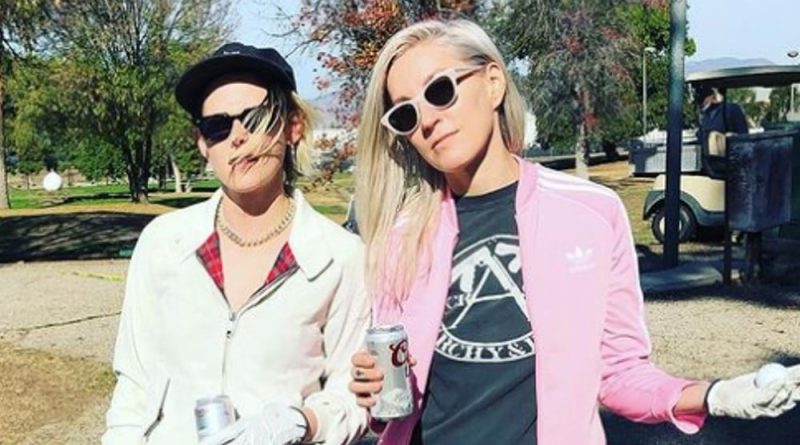 
Kristen Stewart has announced that she’s engaged to her partner of two years, screenwriter Dylan Meyer.

The 31-year-old Spencer star confirmed she’s getting hitched while promoting her new movie on SiriusXM’s The Howard Stern Show on Tuesday (2 November).

“We’re marrying, we’re totally gonna do it,” Stewart said. “I wanted to be proposed to, so I think I very distinctly carved out what I wanted and she nailed it. We’re marrying, it’s happening.”

Stewart said she met Meyer met on a movie set about six years ago, but they didn’t start dating until 2019.

“The first time that I told her that I loved her, we were like sitting in this random bar,” she said. “I’ve known her for like six years, but we only started seeing each other and it was like two weeks in, and it was literally like the day that I met her, all bets were off.

“I met her years ago on a movie and I hadn’t seen her in six years and then she rocked up at a friend’s birthday party and I was like, ‘Where have you been and how have I not known you.’ She’s been living in LA alongside my life.”

Rumours of their relationship began in August 2019 when the couple was seen kissing on a street in New York City.

“Kristen is spending time with Dylan and very happy about it,” a source told E! News at the time. “Kristen isn’t holding back at all and loves being with her. They are moving quickly and always together.”

The couple went Instagram official in October and by November 2019 Stewart was ready to tie the knot, telling Howard Stern she couldn’t “f**king wait” to propose to Meyer. “I think good things happen fast,” she said.

“There is nothing like feeling sure about anything, because we don’t know anything. And that is the only thing you can feel like you know, is that if you’re in love with someone.”

The pair sparked marriage rumours in July this year when they were photographed wearing wedding rings on their left fingers, and now the news is official.

In 2017 the actor clarified that she was bisexual and was open to relationships with men and women. “You’re not confused if you’re bisexual. It’s not confusing at all. For me, it’s quite the opposite,” she told the Guardian.

“That’s been nothing but positive. I mean, it’s hard to talk about. I don’t want to seem presumptuous, because everyone has their own experience. The whole issue of sexuality is so grey.

“I’m just trying to acknowledge that fluidity, that greyness, which has always existed. But maybe only now are we allowed to start talking about it.”