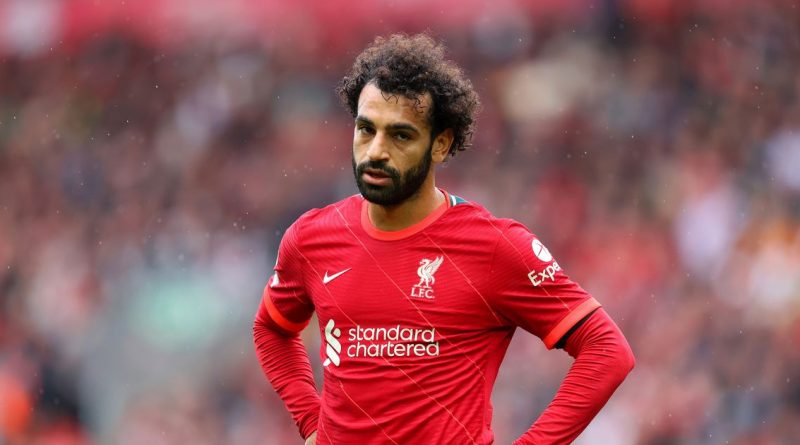 Mohamed Salah should think twice before making lucrative contract demands as he prepares to come to the negotiation table.

The Liverpool forward has entered the final two years of his deal at Anfield.

Mirror Sport understands that the Egyptian is looking for a bumper pay rise that will see him pocket £500,000-a-week.

Salah clearly feels that his huge goal return justifies such an outlay, but the question is do Liverpool and Jurgen Klopp argee.

History suggests not, with not a single Reds player in the ten highest earners in the Premier League.

That’s not to say they’re not well paid, far from, but Liverpool’s transfer activity has highlighted a slightly more understated approach to investment.

Mohamed Salah is looking for a bumper pay rise
(

Salah is therefore playing a risky game, but one he may not be too bothered about losing.

Managers will always tell you no player is bigger than the club, but then why do they go to such lengths to keep certain players?

Well Klopp has never been one to do so.

The Philippe Coutinho saga was a case in point. Pushed for a move to Barcelona in the summer, Liverpool resisted, pushed again six months later and they admitted defeat.

Worth remembering his transfer fee funded Virgil van Dijk and Alisson, so the Merseysiders were the real winners.

Don’t be surprised to see Klopp employee a similar strategy if things get ugly.

It isn’t unfair to say that Salah has a more individualist approach than say Sadio Mane or Roberto Firmino.

His flair up with Mane on the touchline at Burnley in 2019 proves that tensions do occasionally boil over.

The Egyptian, who has been the club’s top scorer in each of his four seasons at Anfield, has not shied away from talking about a move away from Anfield.

When asked last term whether he wanted to play in Spain he told MARCA: “I hope to be able to play for many more years. Why not?

“No one knows what’s going to happen in the future, so… maybe one day, yes.

“I hope to be doing the same thing that I’ve been doing in recent years. Winning trophies, scoring goals, helping my team win trophies…

“That’s the most important thing for me.”

Months later he had told AS: “I think Madrid and Barcelona are two top clubs.

“Who knows what will happen in the future, but right now I am focused on winning the Premier League and the Champions League with Liverpool again.”

One man who saw his contract demands waved away was Gini Wijnaldum, who eventually left for free in the summer.

Yes Liverpool wanted to keep him, but not at any price. Expect it to be the same with Salah.

From early on in his tenure Klopp has always prioritised the group and handing the Egyptian a deal worth half a million can only have destabilising affect.

If they pay Salah what he wants then surely then Mane deserves a similar deal? and Van Dijk? Where does it end?

At certain clubs he could make such demands and probably get his way, Liverpool is not one of them.

If he wants a future at Anfield he should probably think twice about his potential pay packet.