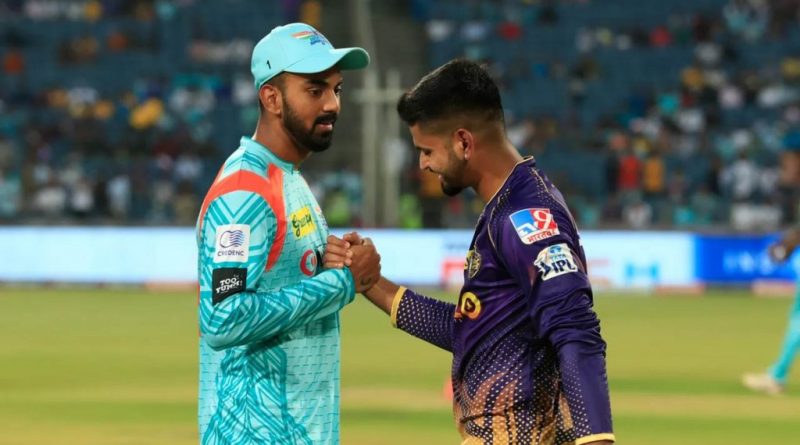 
Lucknow Super Giants (LSG) captain KL Rahul was a relieved man after his team almost fumbled a comfortable victory over the Kolkata Knight Riders (KKR) in their final league game on Wednesday.

Chasing 211, KKR needed 21 runs in the final over bowled by Marcus Stoinis. Rinku Singh smashed 4,6,6 off the first 3 balls and put KKR in a good position. However, Stoinis conceded just 2 runs in the next 3 balls to seal the win.

“I should probably get paid more for games like this. We had missed games like this, in this season. Haven’t been many games that have gone down to the last ball, maybe some which went to the last over. Happy to be on the other side. Could easily have been on the losing side and have gone back home thinking we lost due to some poor cricket.”

“Good way to finish the last game of the league season. Credit to both teams to make such a brilliant game of cricket. Can’t say we held our nerves better because it was a matter of three runs. For Stoinis to execute those plans in the last two balls to get us the win, was brilliant,” Rahul said at the post-match presentation ceremony.

Batting first, Quinton de Kock smashed his second IPL century and put on 210 for the first wicket with Rahul. It is the highest opening partnership in the history of the IPL and the third-highest for any wicket.

“We batted well, started well with the bat. We knew that KKR would come hard at us, credit to them as they kept playing good shots. The minute we went away from the plans was when it became easier for the batters. Good learning for us. Wins like these help to keep the team together.”

“I was a spectator today in the last few overs. He (De Kock) was striking the ball so crisply and cleanly. What we lacked in some of the games were that the guys who were having good days weren’t winning us games,” he further added.

Rahul lavished praise on Mohsin Khan, who ended with figures of 3/20 in four overs on a surface where the other bowlers went for aplenty. His impressive consistency has put him in the spotlight and rightfully so.

“Never easy. Didn’t get to bat today. But that’s what you want to see from players, their desire to contribute in any way possible. Mohsin has been outstanding for us in the last few games. He’s got the skills but the key thing has been his knowledge of when to use those skills,” Rahul concluded.