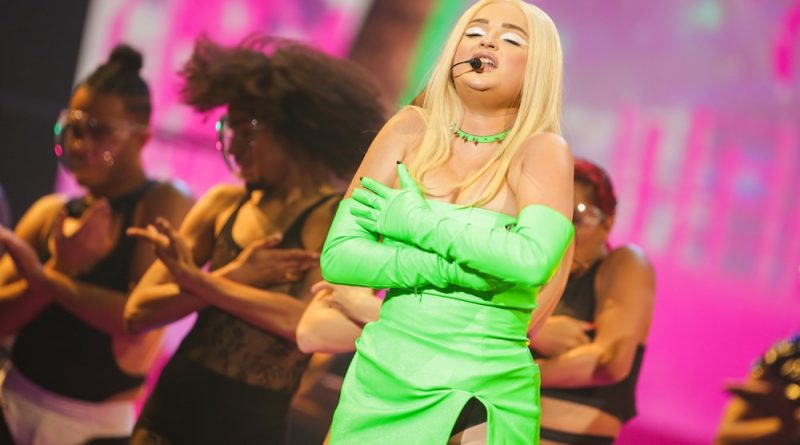 German pop icon Kim Petras made history on Sunday (14 November), as she became the first out trans musician to ever perform at the MTV Europe Music Awards (EMAs).

Petras performed two brand new songs from her upcoming debut album – “Coconuts”, a gloriously camp ode to boobs, and “Hit It From the Back”, which involved a line of dancers grinding on a rope.

This year, the EMAs took place in Budapest, Hungary, where a law was recently passed that equates homosexuality with paedophilia, making Petras’ performance even more powerful.

She told Metro ahead of the awards: “I watched the EMAs since I was a kid. I grew up in Germany and it was a big deal for me when they happened.

“And being the first transgender performer on there is very surreal to me and very amazing because I remember never seeing a transgender pop star at the EMAs when I was a kid and so it’s a dream come true, it’s a full-circle moment.”

On the awards taking place in Hungary, she continued: “I just hope that it can bring joy to people watching it and that it can make people feel like they’re not alone because, with the censorship of LGBTQ media in Hungary, I think it’s so powerful that I get to perform and that I get to show who I am and that I don’t get censored, and MTV fought for that and I’m proud, I’m really excited.”

Speaking to AP News, she added that she hopes the performance encourages LGBT+ Hungarians to “not give up”, and added: “Music is such a powerful thing because music is supposed to break barriers and it doesn’t really matter in music what gender you are, or what sexuality, what skin colour you have, music is a very universal thing.”

Addressing the performance on Twitter afterwards, Petras declared: “I came, I pegged, I conquered.”

I came I pegged I conquered @mtvema

Alongside Kim Petras, other LGBT+ stars took to the stage in Hungary in an act of queer defiance.

Rapper Saweetie hosted the awards, and told the audience during the show that it’s “always important we respect each other… That’s why it’s so important we stand up for the LGBTQ+ community”.

Years and Years singer Olly Alexander spoke out in support of LGBT+ adoption, singer Yungblud included a powerful same-sex kiss in his performance, and the EMAs also recognised the work of LGBT+ activists with its new “Generation Change Award”.